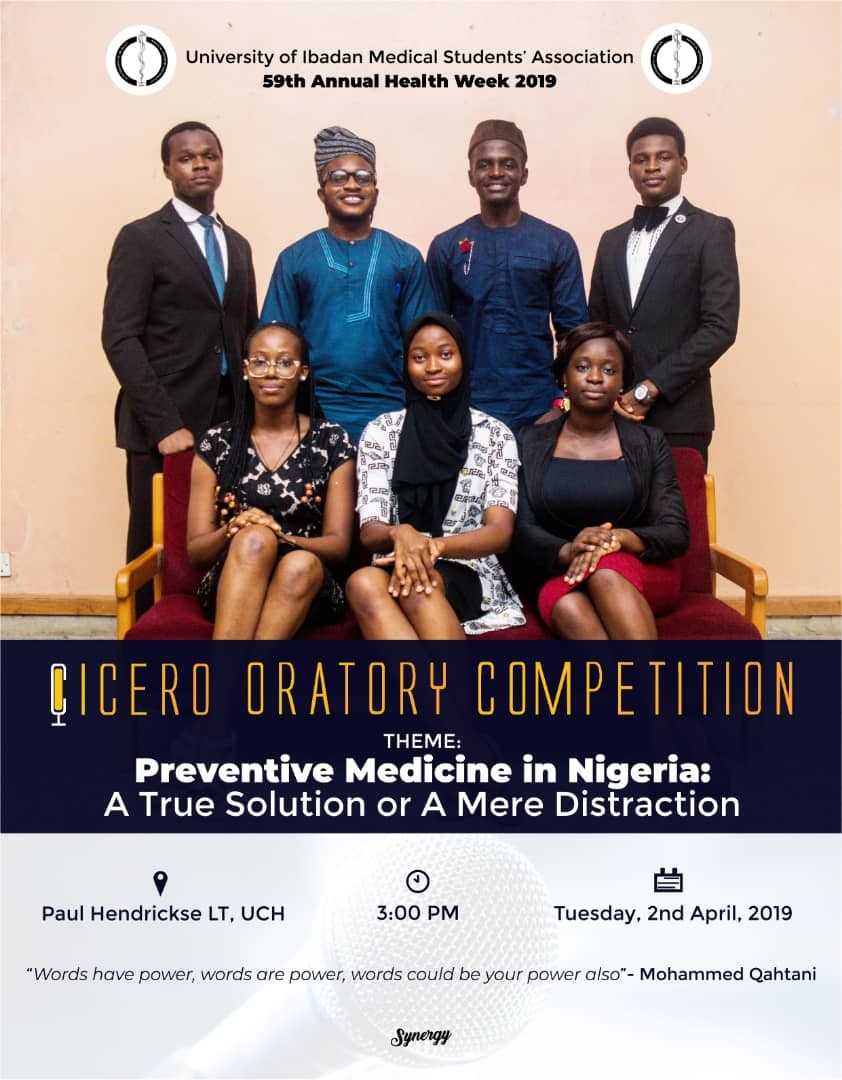 After a year absence from the health week schedule, UIMSAITES excitedly welcomed the Cicero oratory contest to its health week activities once again; and expectations were high, as many were curious to discover the Identity of the newly crowned Cicero champion. Being a hub of public speaking enthusiasts, UIMSA contestants turned out en masse for the preliminaries which held at the Famewo Common Room, Alexander Brown Hall on Saturday, the 30th of March, 2019. From the initial 16 participants, the numbers were trimmed down to 7 finalists; who would go on to battle for the prestigious title of ‘The Cicero Champion of the Association’ on Tuesday, the 2nd of April, 2019 at the Paul Hendrickse Lecture Theatre.

Finally, the D-day came and it was nothing short of a spectacle. The event was  kicked off by the eloquent  hosts of the day, Mark Obeya and Jaachi Nwagbara. The experienced judges with years of public speaking experience, laid down the criteria by which the contestants would be judged and then; it was time to be entertained by the brilliantly prepared speeches. The contestants spoke on the topic: PREVENTIVE MEDICINE IN NIGERIA: A TRUE SOLUTION OR A MERE DISTRACTION for 5 minutes and entertained the audience with their creativity, punch lines and captivating speeches. Thereafter, it was time for the dreaded impromptu, in which the contestants spoke on a variety of interesting topics. Members of the audience were not left out as they too, were given the opportunity to test their public speaking skills. After an extended period of suspense, the winners were finally announced as follows.

Congratulations to all the winners and kudos to Miss Anyanwu Roseben and her team for putting together such a well-organized event.