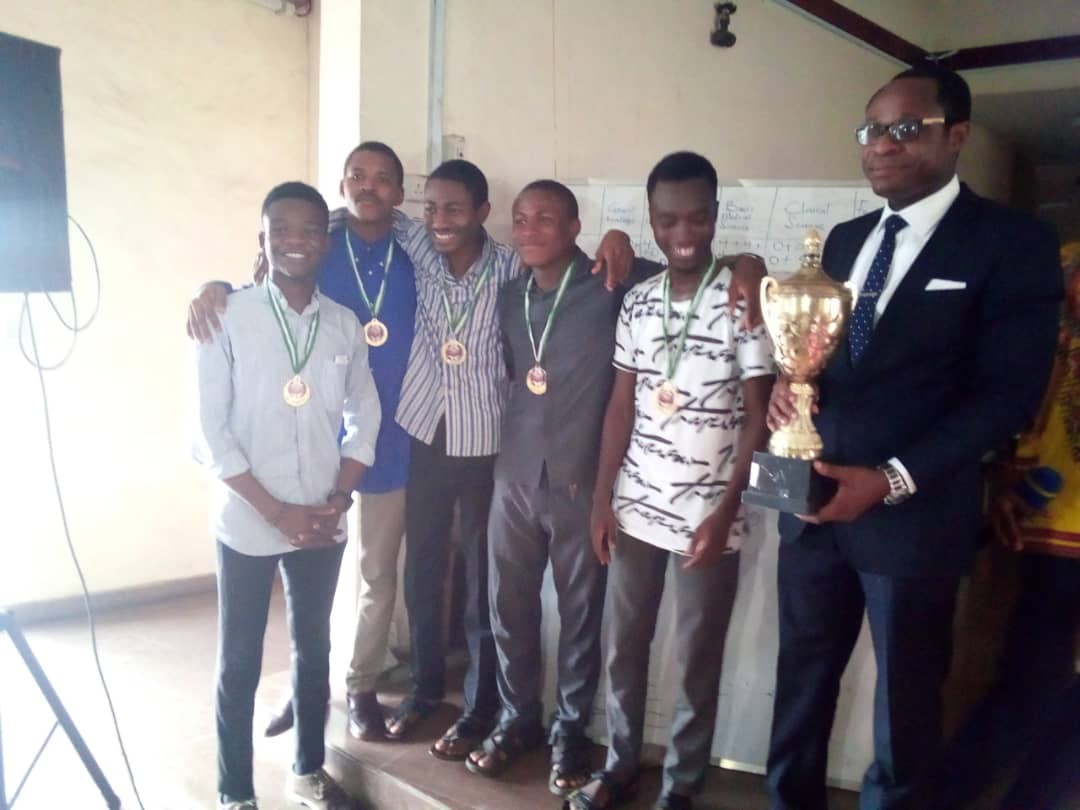 With the healthweek slowly drawing to a spectacular conclusion, the fun and drama were just about reaching a climax, with the Osuntokun quiz and Winter wonderland dinner events still on the cards. It was never going to be an easy task to crown the ‘undisputable champion of geniuses in UIMSA’, an association that boasts some of the brightest minds in the continent. However, that would exactly be the task required of Quiz master Dr. Daniel of the ENT department.

The 2019 Osuntokun quiz competition left an indelible mark in the competition’s history and will certainly be remembered for being one of the most fiercely contested editions. The Charismatic Dr. Daniel was this year’s quiz master yet again, and his experience will prove pivotal in how events played out at the end. The day began with the 2k20 facing the 2k15 class in the third place match with reputation and bragging rights on the line.

Despite starting brilliantly and taking an early lead in the general knowledge and Science section, the inexperience of the 2k20 class in Medical school would rear its “ugly head” in the basic medical and clinical sciences section. The 2k15 class succeeded in staging a comeback and were even 6 points ahead just before the final round, thanks in no small part to their brilliant team geniuses making the score line 46-40 in their favour. In the last round themed “quickest and the best”, they made their experience(2k15) in the competition count; by scoring an extra 16 points to make the final score 62-46. However, the 2k20 team fought valiantly throughout, much to the adulation of an impressed audience.

The humorous Dr. Daniel in his usual sarcastic manner, made the event worthwhile for all present with his witty remarks, facial expressions and amusing comments, helping calm the nerves of the participants. Finally, the much awaited final came, and it certainly would go down as one of the most keenly contested finals in the competition’s history. 2k17 vs 2k18 delivered beyond expectations with numerous answer reviews, question deliberations and not to forget, ingenious answers. After all the reviews and question checks, the final score was pegged at 56-56 thanks to the wisdom, insight and decisiveness of Dr. Daniel, one that even the famous king Solomon, could only be proud of. Stand-out moments  included the 2k18 requesting for a mathematical demonstration of how an answer was arrived at, on the white board.

The SDO clinicals would be eventually spared of such unwanted pedagogical task, after the confidence and persistence of 2k18 was rewarded; and they were deemed correct, for that particular question. Thereafter, a tie break was needed to settle the score; and 2k17 eventually edged out as champions, scoring 8 extra points to bring home their maiden title in the competition. For the 2k18 class, it would be yet another heartbreaking defeat at a final, after their penalty loss at the UIMSA CUP final; barely a week ago. Kudos to the competition organisers for a Successful event.