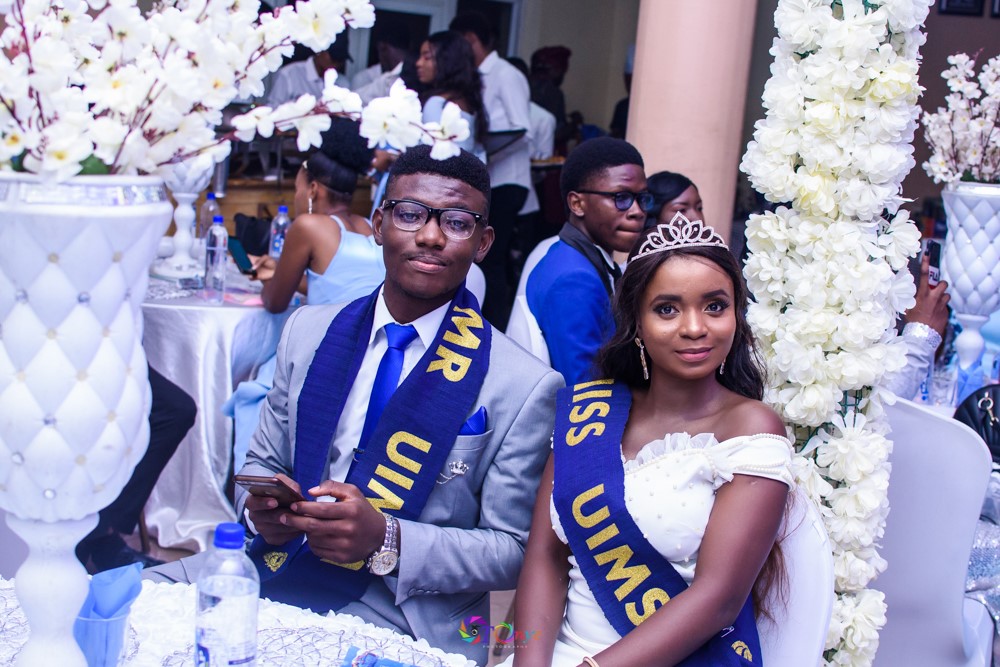 Nothing could quite have prepared UIMSAITES for the euphoria and exhilaration that the variety night of the 59th health week was going to offer.  UIMSAITES were treated to a spectacle of music, dance, comedy, magic and beauty pageantry as part of the variety night of the health week; which held on Friday, the 5th of April, 2019. The event which was held at the Paul Hendrickse lecture theatre, witnessed electrifying performances from Dr Wiz, Sultan, Imri Adefokun and the dance groups representing the various classes. Highlights of the event included the presentation of awards and the crowning of the new Mr and Miss UIMSA.

The evening began with the introduction by the MC and the inter-class dance competition which featured Zanku and Shaku-shaku moves from the dancers. Side attractions included the ‘Mr Macho’ competition, in which pure strength and power, were put on display for the all to see. Various dance groups such as The ‘Cymbals’ and’ Dance factor’ also gave some captivating moves to the hit songs played by DJ Sexcy. Jokes were never short of supply as comedians attempted to crack the ribs of the audience, with only a few eventually succeeding. Paul the good guy and Remote particularly got the audience rolling on the floor with uncontrollable laughter.

Finally, it was time for the much awaited pageantry contest, which featured both the male and female categories. It had been four years since the last UIMSA pageantry contest, and UIMSAITES were given a taste of what they had been missing all these years. The outgoing “Miss UIMSA”, Miss Asore Oghenekevwe was on hand to pass the crown to her successor. The judges who in their own rights were experienced pageantry judges, read out the criteria by which the contestants would be judged. The pageantry involved a talent display, display of traditional attires and Westernized outfits as the contestants exuded their charm and allure; all in a bid to win the coveted crown. There were 3 contestants in both the Male and Female category with lots of mouth-watering prizes up for grabs.

In the end, there will be only one crown for the winner; as the contestants finished thus: ODELEKE TOLA of the 2k19 emerged as Miss UIMSA; as her captivating charisma, poise, beauty, persona, and grace; won not just the heart of the judges, but also numerous admirers. Quite frankly, she could easily have passed for a goddess; who cast a spell on anyone who laid eyes on her. She won herself not only the prestige of being Miss UIMSA, but also #10,000 cash, a free spa treatment, a free form to compete for Miss Western Nigeria, and a free ticket to watch Miss Oyo state competition. OKOLE CHISOM and ODUKOLA GBEMISOLA of the 2k20 and 2k19 classes came in 2nd and 3rd positions respectively, winning various prizes and admirers in the process.

For the Male Category, Mr CHARLES UGWU of the 2k18 class emerged as Mr UIMSA, with his captivating Charisma and charm winning the judges over, he also won a #10,000 cash prize, free body massage, free form to complete at Mr Western Nigeria and free ticket to watch Miss Oyo State. ADEDEJI KENNETH and ONUIGBO CHUKWUAGOZIEM came in 2nd and 3rd positions respectively. All hail the newly crowned jewels- LONG LIVE THE QUEEN AND KING OF UIMSA!!! Kudos to committee heads of the beauty pageantry and variety night Miss Ogunfolu Aminat and Miss Ayodele Ayokunmi for a superb and unforgettable event.