A PROFOUND ANALOGY OF RECENT ELECTIONS 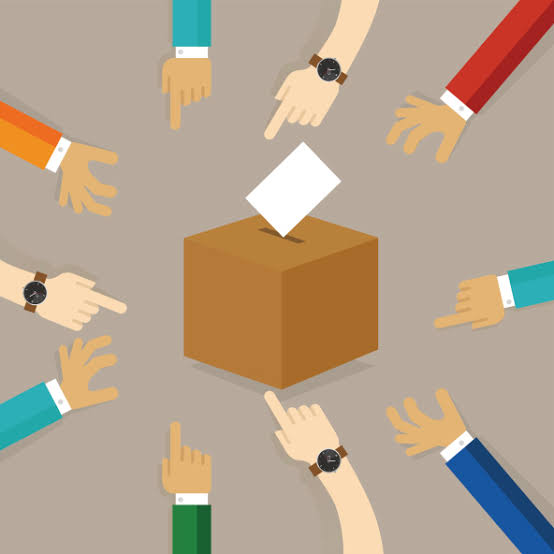 It has been said by some of note, that ‘Error is not the absence of truth but of the truth out of context’. It is on the note therefore, having observed the trends of bouts of generations of elections and electoral processes, within and without this great association that I enumerate my unbiased observations.
For it is also worthy of note that ‘All that is modern is not good just as all that is old is neither all good nor all bad – Indira Ghandi.
Sometimes, Reality defies the Rules
As part of the recently held elections both in the Hall and in my Association, being a press member, I have been opportuned to see the various processes-the press night, manifesto night- and I have observed that what appears to be the rule constitution-wise, has defied the reality of things because at the end of it all, it is the people (electorate) that get to choose their leaders, not necessarily the constitution. But where there is no law; sin (lawlessness) prevails and so it is also expedient that every Association be guided by certain laid down rules and regulations.

A good example is the highly competitive Alexander Brown Hall elections where two candidates were to run for the same position. One of them actually served in the committee under that post, in the previous tenure- which was constitution-wise, while the other had not so much as served in any committee in the hall, in recent times. After each of them had reeled out their plans for the subsequent tenure, the candidate who seemed to have defied the constitution was initially and mostly called to the ‘Bar of Questions’, majority of which compelled her to elucidate the reasons for her absentia in the previous tenure and also in other committees. The other candidate also got her own fair share of questioning, later.
Personally I would have channeled my votes and maybe some other adherents with me, along with the part of the constitution which makes us to understand that anyone who would run for a post should have previously served under the committee in that post or related to that post. This is Rule-worthy. But the results of the elections proved other-wise.
Another interesting situation is that of my association where though the elections was very uncompetitive, a candidate running for a particular post was faced with the same challenge and though he also had not previously been a part of any committee related to or under that post in the previous tenure, the results of the elections otherwise favored him.
I am no apologist of the amendment of the constitution of any Association or of the Hall, at this juncture, but I think it is expedient for all to note the emphasis on the heading ‘sometimes, reality defies the rule’. We cannot but acknowledge the words of Theodore White who said ‘to go against the dominant thinking of your friends, most people you see everyday, is perhaps the most difficult act of heroism you can perform’.
Can we Thwart this Trend?
Clarence Darrow (an accomplished black lawyer in the 1920s and one of those who fought for the emancipation of unjustly treated blacks) said ‘I believe in the law of love’. This comes to mind when I sometimes think about the long-lasting trend of some candidates who pick up forms for a particular position in the Hall or their Association, put up large banners all over the place, employ massive publicity strategies and lastly come to you as though you were their last hope of survival in the elections they would have to face with so much rigor and vigor.

One quality of humans that cannot be separated from any sphere of life (including voting processes), regardless of strict laws, is Human Empathy. I have heard people speak of their experiences with unknown or unfriendly candidates who suddenly transform to friends and allies when they want to earn your votes. Whether this is right or wrong, I leave the answers to my prudent audience. I do not think this was a quality of the very examples of past good leaders whom we all adore today, otherwise they would not have been able to justify their successes as leaders, especially those who had to be elected. But as James Freeman Clarke said, ‘the difference between a politician and a statesman is; a politician thinks of the next election and a statesman thinks of the next generation’.

Finally, in the words of Peggy Noonan, ‘Sincerity and Competence is a strong combination. In politics, it is everything’. There is a huge world of difference in the dictionary, between Competence (which most candidates have) and Amicability (which some candidates have) but in reality both terms should be inseparable. Unfortunately, this is not usually the case in many elections. If I consider myself competent enough to be in position of leadership along with other people who see themselves likewise, if my getting into office would be by nomination or appointment, it is logical that I should concentrate my efforts towards improving capacity, capability and competence. But if my getting into office would be by election, it is also logical that I walk towards improving my people-skills alongside capacity, capability and competence as well. In another perspective, if I cannot exhibit empathy towards the people I aim to serve (in the long run) right from my initial contact with them, how would I successfully convince them that I can serve them better when I eventually assume office, especially if I have to “fight’ for my votes alongside other equally competent candidates?