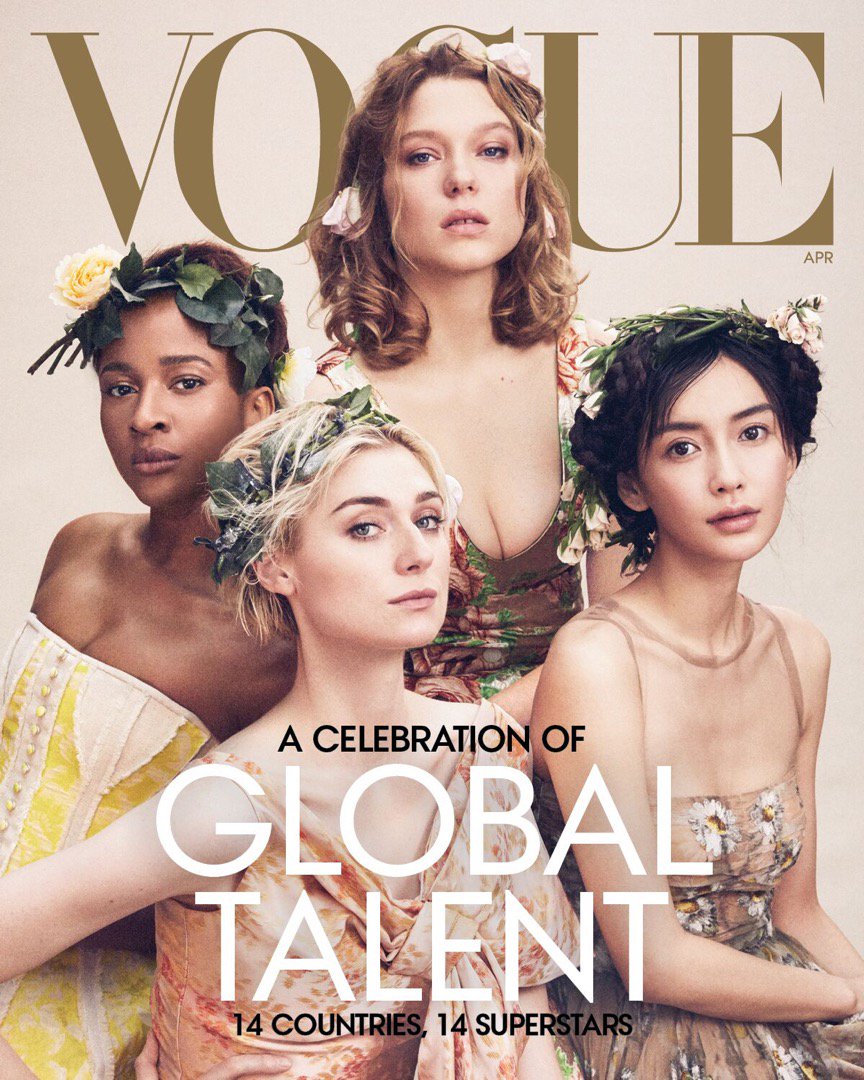 Nigerian actress, Adesua Etomi-Wellington has been featured on Vogue’s list of 14 global superstars.

Adesua was featured in the April issue of the magazine alongside 14 actresses from 14 countries across several film industries including Hollywood, Bollywood and Nollywood.

She announced the feature on her Instagram page @adesuaetomi. She said, “Nigeria to the world. Celebrate brown girl MAGIC.

“I’m so thrilled to reveal my cover for @voguemagazine’s April issue celebrating this talented group of women from across the globe”.

About Adesua, Vogue wrote, “The Nigerian actress Adesua Etomi-Wellington can’t walk down the street in Lagos without getting mobbed.
“If she’s with her husband, the actor Banky Wellington, forget it—a trip to the grocery store launches a thousand selfies.
“But unlike some of her cohorts on the shoot, she’s more of a third-culture kid, born in Nigeria and raised mainly in England.
“She went to school in Coventry, studied drama at University of Wolverhampton, and then got a nine-to-five job with the fashion arm of a large supermarket chain. It was then that, as she puts it, “I can’t explain it—I felt I had to go back to Nigeria.”
“In fact, she points out, of the four films that have done best for the relatively young industry, she is in three.