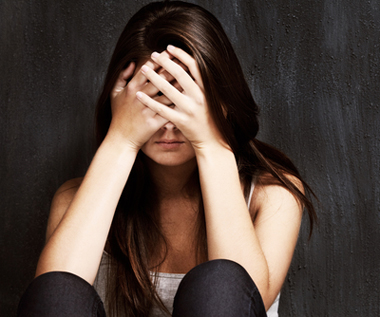 She walked down the hallway aimlessly. It was becoming a new found habit of hers. She looked round and saw nothing worthy of attention so she continued her strut down the hallway, but she had an aim this time; to get to the classroom nearest to her.

That was when she saw him, leaning beside the classroom’s entrance looking aloof. On closer scrutiny, the air of nonchalance he exuded belied something else. Alexandra smiled and went to meet him. He thrust out his hand to perform their customary fist bump but she side stepped that and gave him a hug instead.
That was when he told her he had lost it. Lost what? She asked. Then Adel told her what he lost and he said it with a care-free attitude that left her bewildered. Adel lost his admission to his dream university in New Zealand. Alexandra didn’t know what to say and that was a first because she always knew what to say. But this was different, succinct ‘sorries’ and platitudes would not turn back the hands of time. It wouldn’t bring back his admission and she couldn’t bring herself to say sorry. When she asked him what he thought of losing his admission he gave her a lucid reply, “I don’t know; the tears may come later.”
Then to her what made them change their offer she got, “I don’t know…I just don’t know why.”

The awkward silence stretched and she decided to ask one more question, she needed to ask so she did, “Did you check their reasons for withdrawing the admission?” Adel looked straight at her with considerable fortitude and replied, “I didn’t bother checking. What difference would it make Alexa?” “Oh…”

She hoped he didn’t care much he thought she wasn’t going to be with him anyway. In a way, she felt this was her fault, knew it was her fault -his sudden sobriety. Alexandra told Adel she had a pending assignment to take care of and then went to the room she was headed to before she saw him.

Truth be told, she had none. She just had to think of what Adel just said. But really, there was nothing to think. How could she think when she had secured admission to a school in New Zealand. She had planned this surprise for so long but she never did factor in the probability of him losing his admission. She factored in the issue of her parents refusing her decision but they gave their permission. She factored in not getting the admission on time but she did get it. She factored in possible visa problems but she was told it wouldn’t be a problem before she was sure she could pull off the surprise.

In three and a half months she would be on the plane to New Zealand, the same school Adel was to go to. She could see her illusions of the surprise on his face disintegrate before her eyes; the amazed disbelief that she imagined would be on his face that had fueled her desire to go to New Zealand. That face mocked her now, because who then was she to surprise?