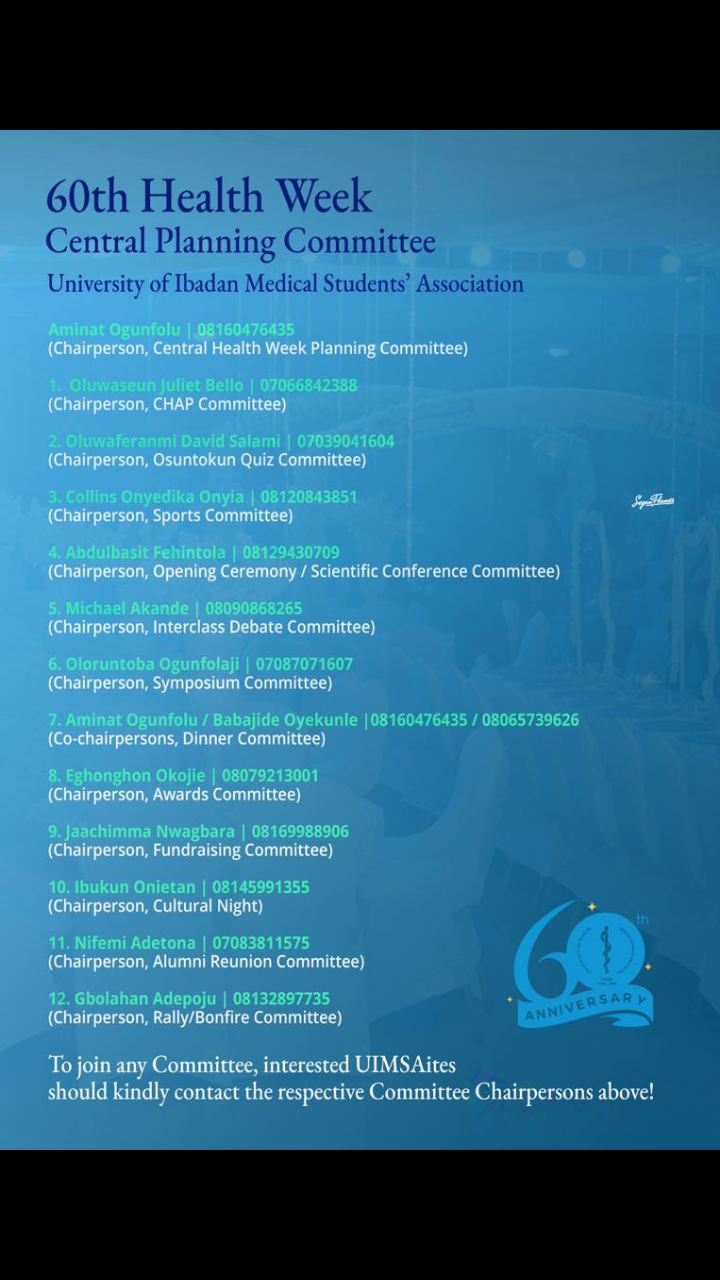 As the University of Ibadan Medical Students’ Association approaches sixty, the excitement in the hearts of everyone is very palpable.

‘Ibadanmedicine’ as it is popularly called has come a long way. So many great people have emerged from this great institution. Thia includes Doctors,Politicians, Businessmen, Activists, Writers, Influencers and so on. Anyone that has stepped into the shores of the University would know that it is not called ‘the first and the best’ for nothing.

A week ago, a list of the various 60th Health week planning committees was released. A total of 12 events are being planned for the celebration. These committees are going to be chaired by the best of UIMSA. Little wonder most of these committees are filled up already as uimsaites rushed to join one or two of them immediately the list was released. As usual,we are not just about books, we are planners and intellectuals. All rounders!

Just in case you have not joined any and you are still interested, you can still try your luck. I’m sure you don’t want to miss out on how to plan a world class scientific conference or a community health awareness programme or a bon fire party etc. Sounds electrifying, right?

Hurry up now, make hay while this bright sun is still shining and let us together, make UIMSA at 60 a mind blowing experience.