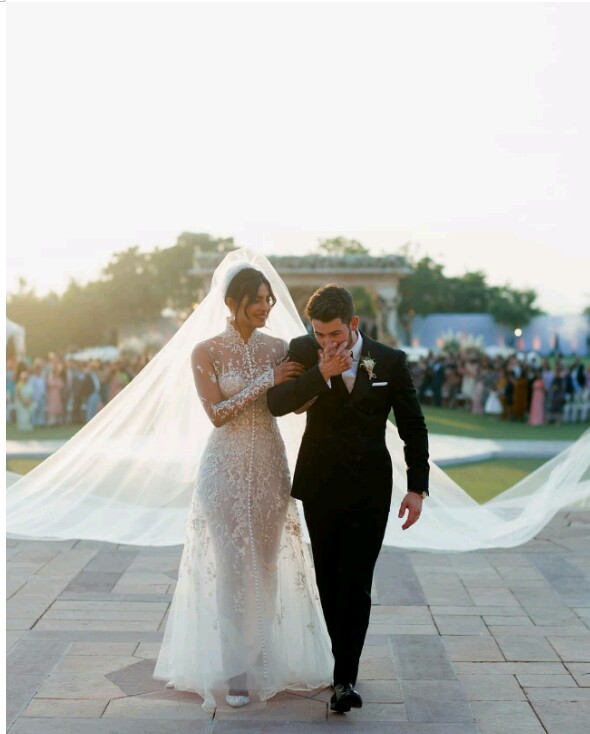 Prinyanka Chopra, one of the highest paid and most popular celebrity in India, recently tied the knot with Nicholas Jerry Jonas, on the 1st of December at Umaid Bhawan Palace in Jodhpur, India. Indeed! A celebrity marriage to mark the yuletide. The 26-year old American Singer, Songwriter, Actor and Record Producer, proposed to the 36-year old Indian actress in London, on her birthday on July 18, 2018.The couple celebrated their engagement in Mumbai on August 18, 2018.

The Hindu ceremony was held on the 2nd of December. According to reports, the bride wore a traditional red lehenga,which featured elaborate beading and embroidery for both the cropped top, skirt and floor -length veil. 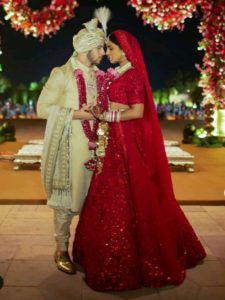 Indeed, magic was made on the 1st and 2nd of December, as the love story of the celebrity duo has gotten the entire Bollywood industry, as well as the entertainment world, wishing the couple a wonderful marriage life. I suppose that is the effect of love on people. It creates magic.