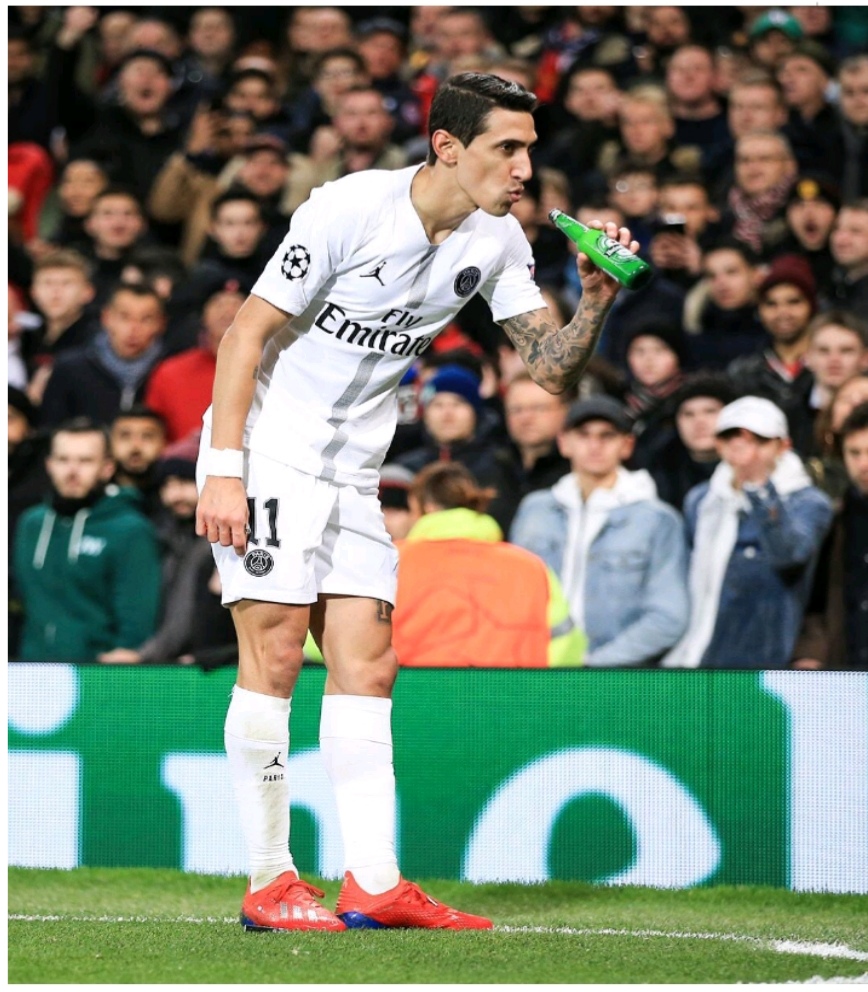 On a chilly Champions League night, Angel Di Maria came back to haunt the Red Devils in the Theatre of Dreams. Throughout 90 minutes, he was the kind of nightmare they could never have dreamed of, and his presence certainly outweighed the absence of Neymar. Di Maria was conspicuously not welcome to the party by Manchester United fans; as he was relentlessly booed and was the target of pelted objects. And like a man who typifies the sentence; “What doesn’t kill you, makes you stronger”, he went on to deliver a strong performance evidenced by his two assists.

We can say, Manchester United had two shots on target. One from the players, and one from the fans. The latter was a bottle of beer ‘fired’ at Di Maria, and when it was fired, Di Maria pretended to swig from it before tossing it away, then cupped his hand to his ear when the goading from the United fans reached fever pitch. The satisfaction Manchester United fans felt from seeing Di Maria in pain was palpable when Ashley Young clattered him into an advertising board with a robust challenge.

Solskjaer’s 10 wins and one draw in his opening 11 matches since succeeding Jose Mourinho, along with injuries to key PSG stars Neymar and Edinson Cavani, had made United the favourites here in the eyes of many fans. But it was not the case, as goals from Presnel Kimpbembe, as well as a red card for Paul Pogba put Man. United’s Champions League dreams in jeopardy.

Di Maria underperformed in his only season at Old Trafford in 2014-15, following his then-British record £59.7million switch from Real Madrid. His move to United was never a fairy tale, as his family never settled in Manchester– understandably, since their home was burgled by armed raiders. After scoring a meagre 4 goals in 32 appearances in the club’s revered No7 shirt, he left for PSG the following summer in a £44m deal. His ability was always held back by his inconsistency and the rigid football tactics of then manager, Louis Van Gaal. On his return to Old Trafford, he became the hero he could never become during his time at Manchester United.