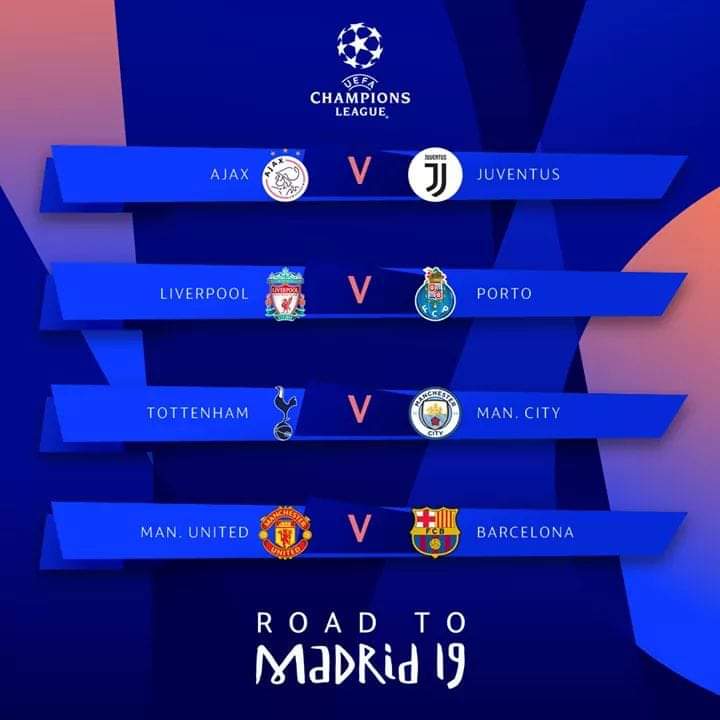 The draw for the Champions League quarter-finals has been made. There are four Premier League sides in the last eight of Europe’s elite competition following a thrilling round of 16 stage.

Manchester United have been rewarded for their stunning win over Paris Saint-Germain by being drawn with Spanish giants Barcelona while Liverpool have got a favourable tie against Porto.

The first legs of the quarter-finals will take place on April 9 and 10, with the second legs on April 16 and 17.

United’s tie against Barcelona means caretaker manager Ole Gunnar Solskjaer will enjoy another trip to the Nou Camp, where he scored the winner in the club’s Champions League final win over Bayern Munich in 1999.

Despite United being initially drawn away, the club will instead play the first leg of their tie against Barca at Old Trafford to avoid playing at home at the same time as City.

UEFA said before the draw: “Manchester City and Manchester United will not be able to play at home on the same night, nor on consecutive nights, following a decision made by the relevant local authorities.”

Manchester City won both of their Premier League ties with Tottenham last season and also beat Mauricio Pochettino’s side at Wembley earlier in this campaign. The two teams meet again in the league just days after the second leg, on April 20.
The draws for the semi-finals have also been confirmed.

Semi-final 1: Tottenham or Manchester City vs Ajax or Juventus

Semi-final 2: Barcelona or Manchester United vs Liverpool or Porto