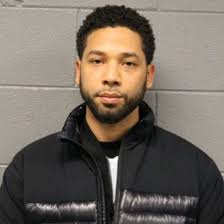 The city of Chicago has filled a lawsuit against actor Jussie on Thursday, less than a week after he missed a deadline to pay roughly over $130,000 to the city, now citing municipal code the city is asking for is three times original amount plus further relief to be decided by the court. If the city wins, let his bank account be freeze and his wages might be seized according to the associated press.

Chicago requested the money to cover over eighteens hundred overtime hours for the police investigation. The empire actor, Jussie said that it was a hate crime and the official says the incidence was staged, one of the Smollet’s lawyers said the actor will neither be intimidated nor will he pay the demanded money. In the earlier statements made by his legal team, both the city police and the Mayor should apologise to Jussie for dragging his innocent character through mud.