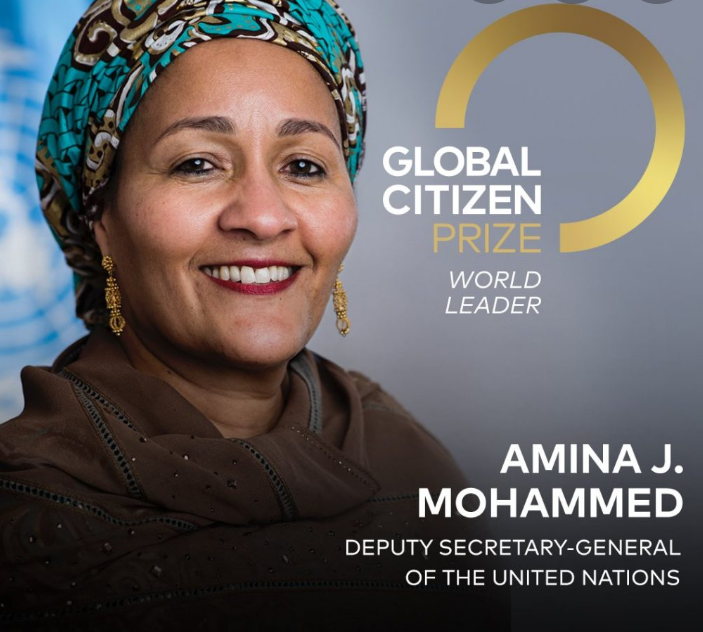 Deputy Secretary-General of the United Nations, Amina Mohammed along with three others have been awarded with the World Leader Prize at the inaugural Global Citizen Prize award ceremony at London’s Royal Albert Hall.

The World Leader Prize celebrates “an individual in the political or advocacy space who has advocated for and implemented policy changes that have improved the lives of those suffering the effects of poverty”.

“The only purpose of power is to serve with the courage of one’s conviction that all people in the world have rights that must be respected.

Today, our world is facing many crises: climate change, inequality, injustice, conflict. And yet, we have never had so much in our hands to make the world a more peaceful and prosperous place.

Leaders at all levels, in all constituencies, be it business, civil society, government, you name it, have to embrace the new era of change and deliver for people and for planet.”

Seventeen-time Grammy winner, Sting, received the Global Citizen Artist of the Year Prize for using his creative platform to create change, not only through conversation but meaningful impact.

Richard Curtis received the Global Citizen of the Year award for demonstrating “exceptional and sustained impact towards the goal of ending extreme poverty”.