DOKITA MENTORING AND CAREER DEVELOPMENT SESSION: WHAT YOU MISSED

HomeDOKITA MENTORING AND CAREER DEVELOPMENT SESSION: WHAT YOU MISSED 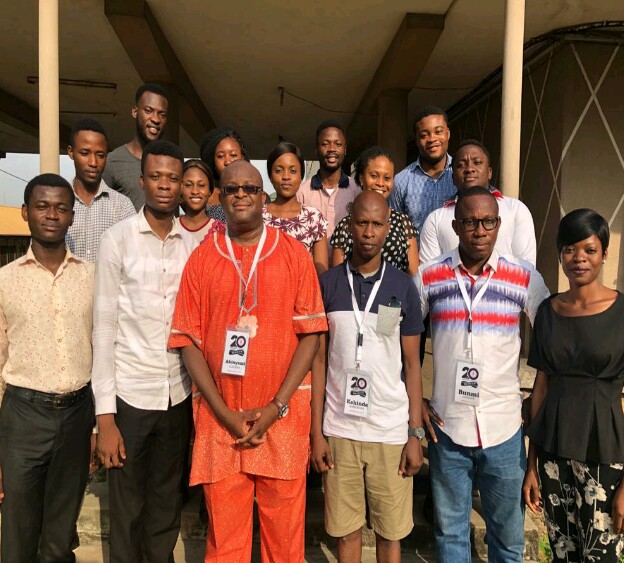 “We’re Nigerians. We can move stuff. If it’s moveable, we can move it”.

This statement was made on Saturday at the Famewo Common Room in Alexander Brown Hall during the DOKITA programme by Dr Ojesina Akinyemi (MB;BS(Ibadan), PhD(Harvard), University of Alabama at Birmingham, Birmingham, AL, USA), the facilitator (the man in the red attire).

The hall was by no means full but the turnout was far more than was envisaged. It was not your regular “stuff moving”  programme where you’re bored out of your mind especially on a hot afternoon. Topics ranging from school, to USMLE, to papers, medical life were touched.

After this session was up, questions were asked. One question in particular made him voice out something which is currently not in vogue and no one wants to listen to, which is, “You don’t have to leave Nigeria to make it”. This was coming from a US resident of 17 years.
Do you believe this?
Due to the question pattern, he shed more light on the USMLE programme; reiterating the need for high scores, solid letters of recommendation and personal statements which he said gave you an edge over millions of applicants, if and only if, well crafted.

Goals!!!
This was what caught my attention. In medical school, (he graduated in 1998, that’s 20 years ago), he had already written his goals for the year 2018!! This year!! Crazy? I think not.
He also had this statement to keep him going when it things became cloudy,
“The future belongs to those who believe in the beauty of their dreams” –Eleanor Roosevelt.
If there was anything learnt, it was the making of plans now – both long and short term and that it wasn’t foolish.
Although the goals may seem out of reach now or just fantasies, never dismiss them and if the journey gets rough ahead, never lose sight. That’s the worst thing that can happen to anyone, forgetting the reason you started and losing sight of the goal.

However, for such a 2-hour long program in a hot afternoon with a cluster of audience, I’m quite sure it would not have hurt their budget if they provided refreshment for the audience after or in between such thoughts provoking session.