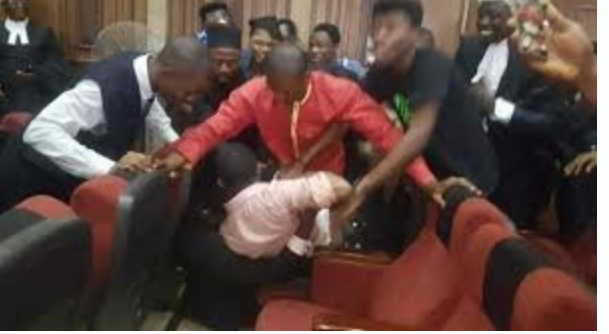 Recall that DSS operatives Invaded the Federal High Court in Abuja on Friday, disrupting proceedings and chasing away presiding judge, Justice Ijeoma Ojukwu, and forcefully taking Sowore away less than 24 hours after he was finally released on bail after two previous court orders.

The Department of State Services has denied that its operatives invaded the Federal High Court, Abuja, and disrupted proceedings in an attempt to rearrest pro-democracy campaigner and journalist, Omoyele Sowore, on Friday.

In a statement by the agency’s spokesperson, Peter Afunanya, on Saturday, the DSS claimed that its personnel were never involved in the incident.