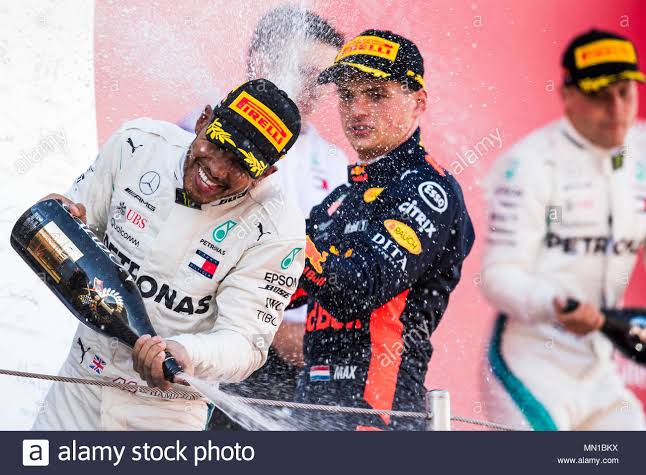 It was yet again another resounding and commanding performance from Mercedes AMG Petronas at the Spanish Grand prix in Barcelona on Sunday. The Mercedes duo of Lewis Hamilton and Valteri Bottas made it a record breaking 5th consecutive one-two podium finishes to put daylight between them and their closest contenders. The day started with the Finn, Bottas in Pole position, but Hamilton quickly stole the lead at the first turn, never to relinquish it until he had crossed the finish line. Bottas had to make do with 2nd while Max Verstappen from Red bull completed the podium in 3rd position.

The Ferrari duo of Vettel and Leclerc could only manage 4th and 5th positions respectively. It has been a dismal run for Ferrari who have struggled to appear as worthy contenders this season, all five races this season have been won by the Mercedes duo with Hamilton slightly edging out Bottas 3-2.

There isn’t really much glimner of hope either as each technology upgrade Ferrari has come up with has been bettered by Mercedes and though there was recent rumor of Hamilton crossing over to Ferrari, he didn’t let that affect him, winning the race convincingly and with a bonus point for the Fastest Lap.

Hamilton leads the driver’s championship with 7 points closely trailed by team mate Bottas. The cavallino Rampante (prancing horse) have their work cut-out for them and would have to begin to produce the necessary results, if they still having any lingering ambitions for silverware this season.