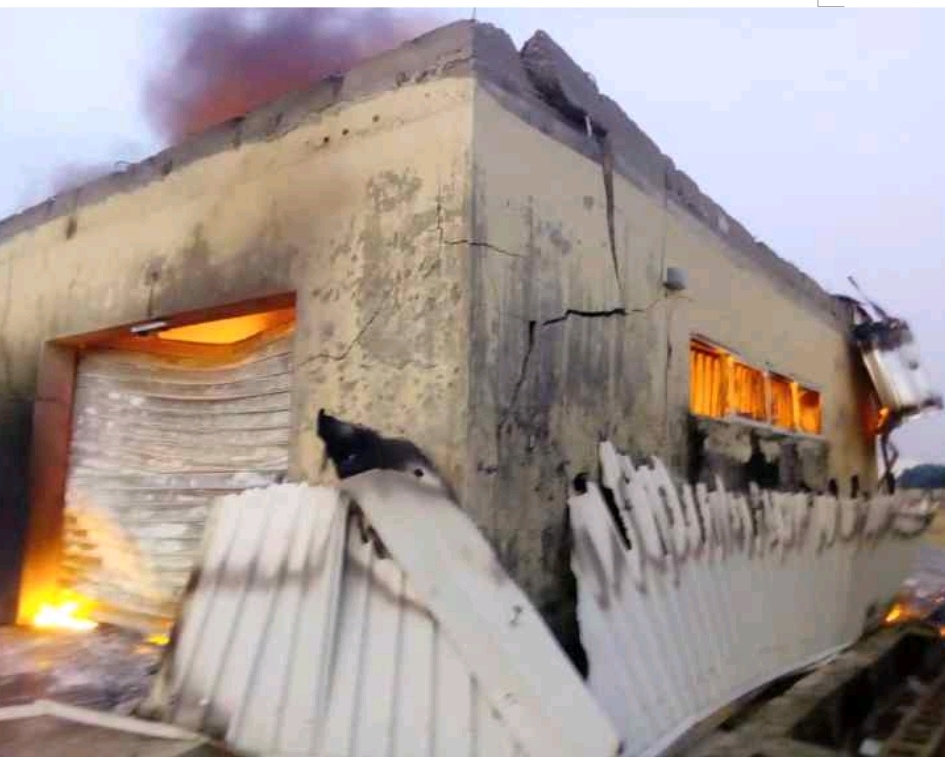 Mr. Imajiyereobo said election materials such as ballot boxes, PVCs, and voters registers were among the things burnt down. According to Mr. Imajiyerebo, the incident was caused by a drunken security man.The identity of the security man and the time the incident occurred were not mentioned in the statement.

“The INEC Office in Qua’an Pan has been engulfed by fire causing a setback for the preparations for the general elections in the Local Government Area”, the official wrote. “A drunken security man was said to have caused the fire outbreak. The office is completely burnt with all its content i.e. Ballot boxes, Generators serviced and filled with fuel, cubicles, newly printed electronic and manual voters Register, uncollected PVCs, materials for the preparations of RAC and other materials yet to be identified”

Following the fire incidence, a press release was made by INEC and this is shown below in the images obtained from the INEC instagram page.