GOUGE MY EYE: THE AFRICAN MENTALITY

HomeGOUGE MY EYE: THE AFRICAN MENTALITY 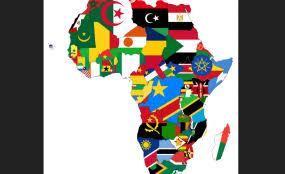 In a story, an African man was given the opportunity to ask for anything he wanted. The condition was that, whatever he gets, his brother would receive double. He thought about asking for a house; but he did not like thought of his brother having two houses. So he thought about asking for a million dollars to go to his bank account; but again, he was unhappy with the thought of his brother having two million dollars in his account. The man sat down and thought hard, “What can I have and still be better than my brother when he has double?”. So, he thought of having one of his eyes removed so that his brother might have his two eyes gouged.

This sounds like a very unlikely story; however, this is the typical mentality that has set Africans backward for ages and caused witchcraft to thrive in Africa. An African wants to be better than his brother at all costs. The African man is only careful to share his beer, not his books; to spread his diseases, and not the cure; to transfer his problems, and not the solution.
When an African man fails, he wishes his brother same fate so that he won’t be the only one who had tasted the bitterness of failure. An African man is happy when evil besets his brother.

In African schools, students who can afford textbooks do not let other students borrow their textbooks because they want to stay top of the class or they don’t want to give another student the opportunity to perform better than them. When one
independently discovers the way to success, an African man who refused to give directions would still do all he can to stand in the way of that success. An African man is ready to spend money to intimidate his brother and make him look like nothing.

Africa will become better; when we begin to share books to pass knowledge, not just our drinks; when we begin to let others also lead without our influence; when we begin to give the same quality of food and clothing to both our children and our maids; when we let our servants eat on the same table with us; when the boss lets his lower staff get paid before him.

Africa can become progressive when we begin to look out for each other rather than stand in the way of one another. When we can sincerely say, “let my brother get
it too, and if I can’t get it, let me help him get it”