From the human brain to the Viral Kingdom, down to the ocean deeps and far across all niches and biomes, there is just science and beauty. Oh, and nature of course.

1. How do brains of intelligent people work? 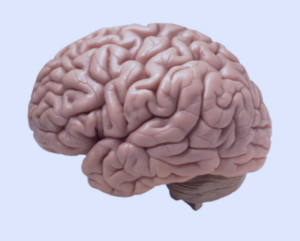 New research postulates that individuals with a higher-than-average intelligence level
have brains that are wired in a different way. It suggests that intelligence is linked with increased connectivity between some regions and reduced interactions between others.
Previous studies from the department of Psychology in Goethe University, Frankfurt, revealed that there are key differences in brain activation patterns that set intelligent people apart. In 2015, their team published an article that postulated that the frontal and parietal regions of the brain are more strongly activated in people with high IQ. But a more recent study revealed that in addition to that, the anterior insula and anterior cingulate cortex are more actively connected with other regions in intelligent persons. Also, they noted that high IQ is also associated with reduced connectivity in the temporoparietal junction. “The different topological embedding of these regions into the brain network could make it easier for smarter persons to differentiate between important and irrelevant information which could also be advantageous for many cognitive challenges”, as quoted from a member of the team. More specifically, they noted that clusters of network nodes in the frontal and parietal cortex, cortical and sub-cortical areas, were more strongly interconnected and more intensely active. It was also observed that certain brain regions such as the superior frontal gyrus are “segregated”, meaning they communicate much less with other brain areas. Also, people with higher IQ who are naturally wired differently may be due to engagement in habitually demanding intellectual work. This, in particular, is one that is due to be solved by future research.

2. Study suggests a way to stop HIV in its tracks. 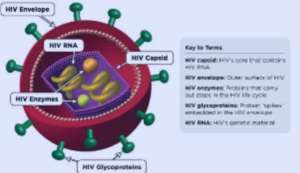 The annual World AIDS Day was recently commemorated on December 1, 2017. Coincidentally, new research regarding HIV was also discovered. It is known that when HIV-1 infects an immune cell, the virus travels to the nucleus so quickly. But recently, a Loyola University study revealed the protein that causes the virus to travel very fast. It has been discovered that it can be detected by the viral defense system. HIV infects and kills immune system cells. When it enters a cell, it works its way through the cytoplasm to the nucleus. The HIV is able to get to the nucleus quickly via tubular tracts called microtubules. The virus then attaches itself to a molecular motor called dynein. HIV-1 binds to bicaudal D2, which recruits the dynein molecular motor. The dynein then transports HIV-1 towards the nucleus. The finding raises the possibility of developing a drug that would prevent HIV-1 from binding to bicaudal D2, thus stranding the virus in the cytoplasm. This would give the cell time to turn on antiviral genes that would protect it. 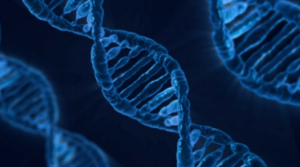 A study recently conducted set out to identify the genome/genes responsible for cognition. The study was conducted under the supervision of the Genome Wide Association Studies. The study involved screening of the genome of each person in a group that carries a certain trait of interest and then comparing it to those without the particular trait. Recently, a study conducted by Todd Lencz, which was a second study, accrued positive and promising results. Over a 100,000 persons were recruited for the study and were assessed via neuropsychological tests. Their genomes were screened also and then the results were compared with another database that housed the genomic data of other persons whose highest level of educational achievement had been noted. This is considered to be a relatively reliable estimation of cognitive ability. According to the research authors, they “were able to identify 70 genomic loci significantly associated with cognition,
implicating 350 candidate genes underlying cognitive ability”. Also a new genetic overlap was found between cognitive ability and the rise of autoimmune diseases like celiac disease. “For the first time, we were able to use genetic information to point us towards specific drugs that might aid in cognitive disorders of the brain including Alzheimer’s disease, schizophrenia, etc.” 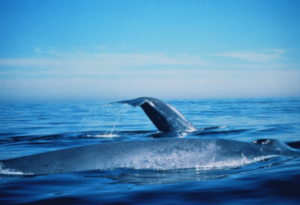 Current research has revealed that blue whales might just be ambidextrous. When
hunting for food, they tend to be “right-handed”, but when gobbling crustaceans
near the surface of the oceans, they tend to use their left sides. Researchers report
that rolling to the left at the surface may help the whales see food better with their
dominant right eye. Neuroscientist Lesley Rogers of the University of New England agrees that whales maybe using left-handed turns because of the connection between the right eye and the brain’s left hemisphere. “We know from detailed research on chicks, amphibians and fish that the right eye and left hemisphere control feeding responses”, she says. It all depends on how the whale is processing information and which eye or hemisphere it uses while rolling.