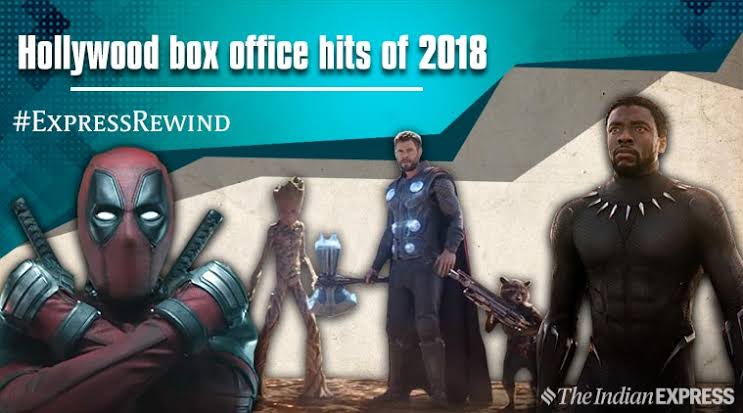 2018 was a great year for movie lovers as several astounding record-breakers hit the silver screen.

Movies like Black Panther, Avengers: Infinity War and more were on the lips of every movie lover and trended across social media platforms. They also sold out in cinemas across the world.

Needless to say, the battle for the highest grossing movies for the year 2018 was tough.

Avengers: Infinity war edged out other movies released in 2018 to become the highest-grossing movie of the year. The movie, which was the beginning of the culmination of 10 years of MCU storylines, earned $2.05 billion world wide.

Following behind Avengers: Infinity wars is the much talked about Black Panther. The superhero movie set in a fictional African country named Wakanda was created by Marvel Comics. Black Panther made $1.35 billion making it the second highest grossing movie of 2018.

Jurassic World: Fallen Kingdom, which is the sequel to 2015’s original Jurassic World film, made a massive $1.30 billion worldwide.

Pixar’s beloved superhero comedy, The Incredibles, had a sequel released in 2018 after a nearly 15-year wait. Incredibles 2 outperformed expectations to earn $1,24 billion worldwide, vastly outdoing The Incredibles which had a total gross of $633 million.

A solo Venom movie that wasn’t in anyway connected to Spiderman had people in doubt as to its level of success but Venom blew past the record for biggest October opening of all time.

The film directed by Ruben Fleischer and starring Tom Hardy made well over $855 million worldwide.

Warner Bros. and DC Films’ Aquaman, was one of the biggest box office surprises of 2018. Viewers have showered the movie with praise, quickly rocketing it up to nearly $748.8 million worldwide. Some projections have Aquaman reaching the $1 billion mark before leaving theaters.

In 2016, the original Deadpool film was tremendously successful and it’s sequal did just as well at the box office. Deadpool 2 made $735.6 million worldwide.

Bohemian Rhapsody, which is a biopic of Queen and its iconic front man Freddie Mercury, delighted audiences worldwide.
The movie was greatly criticised for changing around some key events in the band’s history and Mercury’s personal life, but moviegoers loved it.
Bohemian Rhapsody made $702.5 million and stands above all prior music biopics when it comes to total gross.

Fantastic Beats 2, a Harry Potter franchise film, had unfavourable reviews but that didn’t stop fans from trooping to theatres to watch it. The Crimes of Grindelwald has earned over $627.5 million worldwide, even in spite of the ongoing issues surrounding actor Johnny Depp.