INFORMATION OVERLOAD: AN ERA OF DOOM?

Information overload takes place when we are exposed to too much irrelevant information. This leads to an unnecessary overstimulation of the brain. Information overload is something not just those who have access to internet are experiencing, but it’s becoming a problem in everyone’s lives as well. When you’re dealing with too much information, it impacts your ability to make decisions and remain productive, but with a constant barrage of emails, communication, social media and more, it’s difficult to avoid. 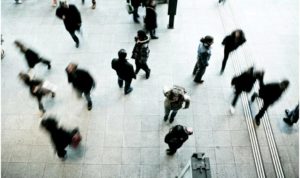 It is no longer a secret that the human brain is amazing and has an unmatchable power that continues to keep scientists and neurologists interested. But with the constant flow of information in today’s world, the brain can get too much overstimulation and this is where the concept of information overload comes into play.

In fact, recent research suggests that the human brain is capable of storing as much information as the entire Internet, or more precisely, a petabyte of information. Furthermore, researchers have discovered that a brain cell uses 26 different ways to encode information. Isn’t that amazingly shocking? But while this ability makes us feel as if we have superpowers, researchers believe that too much information puts our brain’s health in danger, resulting in an information overload.

The human brain is designed to process and retain information in very particular ways, and that doesn’t necessarily change or speed-up in the face of changing technology. Many of us are finding that despite how much knowledge and information we have access to in our modern times, it’s actually harder than ever before to retain it. That makes us slower when it comes to decision making.

As if the information we are forced to deal with at work is not enough, we read irrelevant news, magazines, online posts, exposing ourselves to an informational attack. All these scatters a certain general anxiety about the human brain’s ability to deal with so much information when we are sensitively limited.

It costs nothing in most cases to access a range of information, and also for people to forward that information on to others. This constant flow of information can mean people are presented with wrong facts and figures, which may necessitate they conduct their own research on a topic, requiring them to process even more information. It’s a continuous and sometimes destructive cycle that’s proving to be a significant problem.

Recently the results of a survey conducted by the Chartered Institute of Management Accountants and the American Institute of CPAs, which showed information overload was one of the contributors to poor decision making in global business. The survey said the following: 36% say their organization is not coping with information overload, and 32% say big data has actually made things worse while 37% say it has helped.
Everything must be done in moderation and so should the absorption of knowledge. Otherwise, it can severely affect our mental and physical well-being in a number of ways which include: 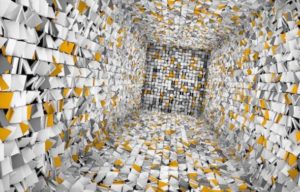 Information overload isn’t a problem that’s likely to be solved anytime soon, and it may actually continue becoming increasingly troublesome, which is why it’s important to take proactive steps to reduce.