LATEST HIV SURVEY RELEASED: Nigeria Not Doing As Badly As We Thought!

HomeLATEST HIV SURVEY RELEASED: Nigeria Not Doing As Badly As We Thought! 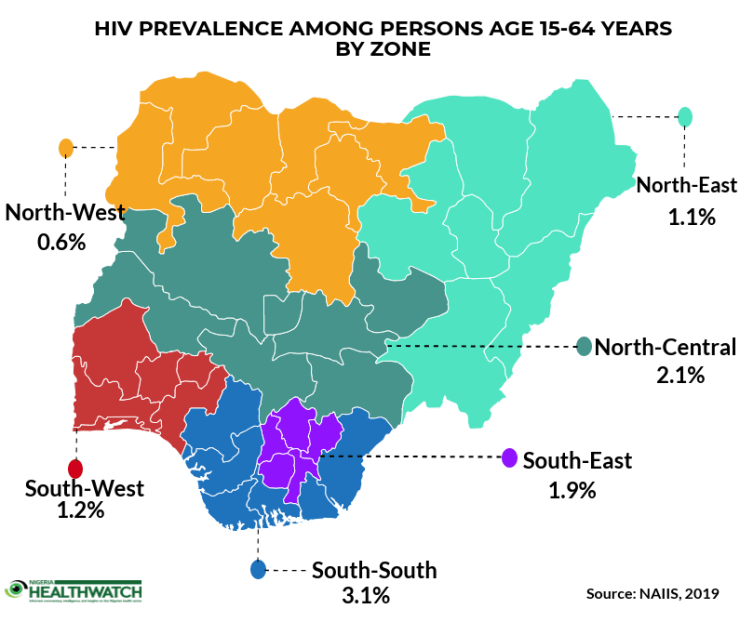 There are about 3.4 million Nigerians living with HIV- or at least that was what everyone thought. This figure was based on a prevalence estimate of close to 3% , derived from the last version of surveys conducted in Nigeria. This meant that despite finding and placing over one million people on treatment with antiretrovirals (ARVs), it was still estimated that over 50% of those infected with HIV did not know their status. As
millions of dollars were spent by the Nigerian government and its partners to find more people living with HIV, the narrative was that “ Nigeria was failing to live up to the challenge of HIV/AIDS”. But everyone working in the field believed something must be wrong. They were working hard, testing millions, yet not finding more cases , but the narrative of failure persisted.
Now, the results are in. Nigeria indeed does not have as many people infected as previously thought. The previous surveys were wrong!

The just-released results of the population-based HIV survey in Nigeria shows a prevalence of 1.5% among 15-64 year olds and viral suppression load of 44.5%. Given Nigeria’s vast population, planning is critical for health systems to deliver. No system can deliver services appropriately if not well guided by data which requires an understanding of the factors driving the epidemic. In the absence of robust and accurate data, Nigeria’s response to HIV was said to be foundering. Uncertainty about Nigeria’s HIV prevalence was seen as a problem, especially given the significant resources that had been dedicated to testing for HIV cases and the budgets that have been allocated for treating people with HIV.

We applaud the government’s effort in capturing key and timely HIV data in Nigeria, given the logistical challenges in the country. These survey results contain critical information for planning HIV response and treatment and scaling-up interventions. They have also provided an opportunity to better allocate resources. Given that we do not have as many people living with HIV in Nigeria as had been estimated, what are the implications for donor agencies who have so far funded over 90% of our HIV response? Will PEPFAR or the Global Fund continue to fund our HIV response as they have done? Who will now take responsibility for the estimated 1.9million Nigerians living with HIV when these donors exit Nigeria?