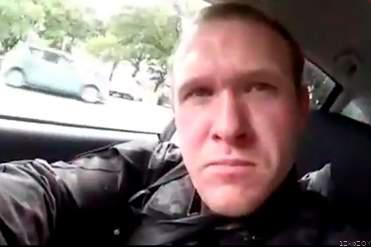 The man who livestreamed himself slaughtering at least 49 worshipers in two separate mosques in Christchurch, New Zealand has been identified as a 28-year-old personal trainer from Australia who described himself as a “regular white man.”

Brenton Tarrant identified himself online before unleashing his rampage, posting several photos on a since-deleted Twitter account of what appear to be assault rifle magazines and a link to a lengthy manifesto, The Guardian reported.

He worked at the Big River Gym in the northern New South Wales city of Grafton from when he finished high school in 2009 until 2011, when he decided to travel across Europe and Asia, gym manager Tracey Gray told abc.net.au.

He financed his trips with money he made from Bitconnet and cryptocurrency like bitcoin, she said. “I think something must have changed in him during the years he spent traveling overseas,” Gray said, adding that he also visited North Korea.

In the 74-page screed, titled “The Great Replacement,” Tarrant quoted a Dylan Thomas poem, “Do not go gentle into that good night,” before going on a rant about white genocide.
He outlines his motivations, including to “create an atmosphere of fear” and to “incite violence” against Muslims.

Tarrant also claims he had “brief contact” with Norwegian mass murderer Anders Behring Brevik, who he claims gave his “blessing” for the attack.