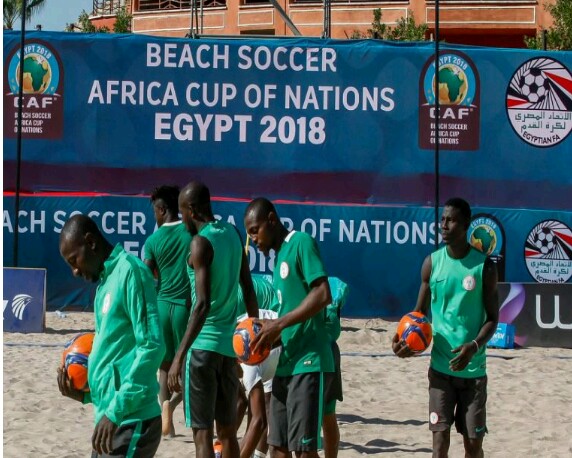 Nigeria’s Supersand Eagles have been defeated by Senegal in the final of the Beach Soccer African Cup of Nations (AFCON).

The Senegalese side won the game 6-1, following a more clinical performance than their first meeting with Nigeria at the start of the tournament.

Despite the second period ending at a respectable 2-1, they went all fangs out in the third and final period to win 6-1.

Abu Azeez, who scored four in the 7-6 semi-final defeat of hosts Egypt, scored the Supersand Eagles’ only goal of the match.

He finished the tournament with eight goals while his total tally for Nigeria hit 104.

As the second placed team, the Nigerian team qualified for the 2019 FIFA Beach Soccer World Cup.

Both Senegal and Nigeria will fly Africa’s flag at the tournament in Paraguay.