ONLY 12% OF UIMSAITES HAVE PAID DUES- FINANCIAL SECRETARY 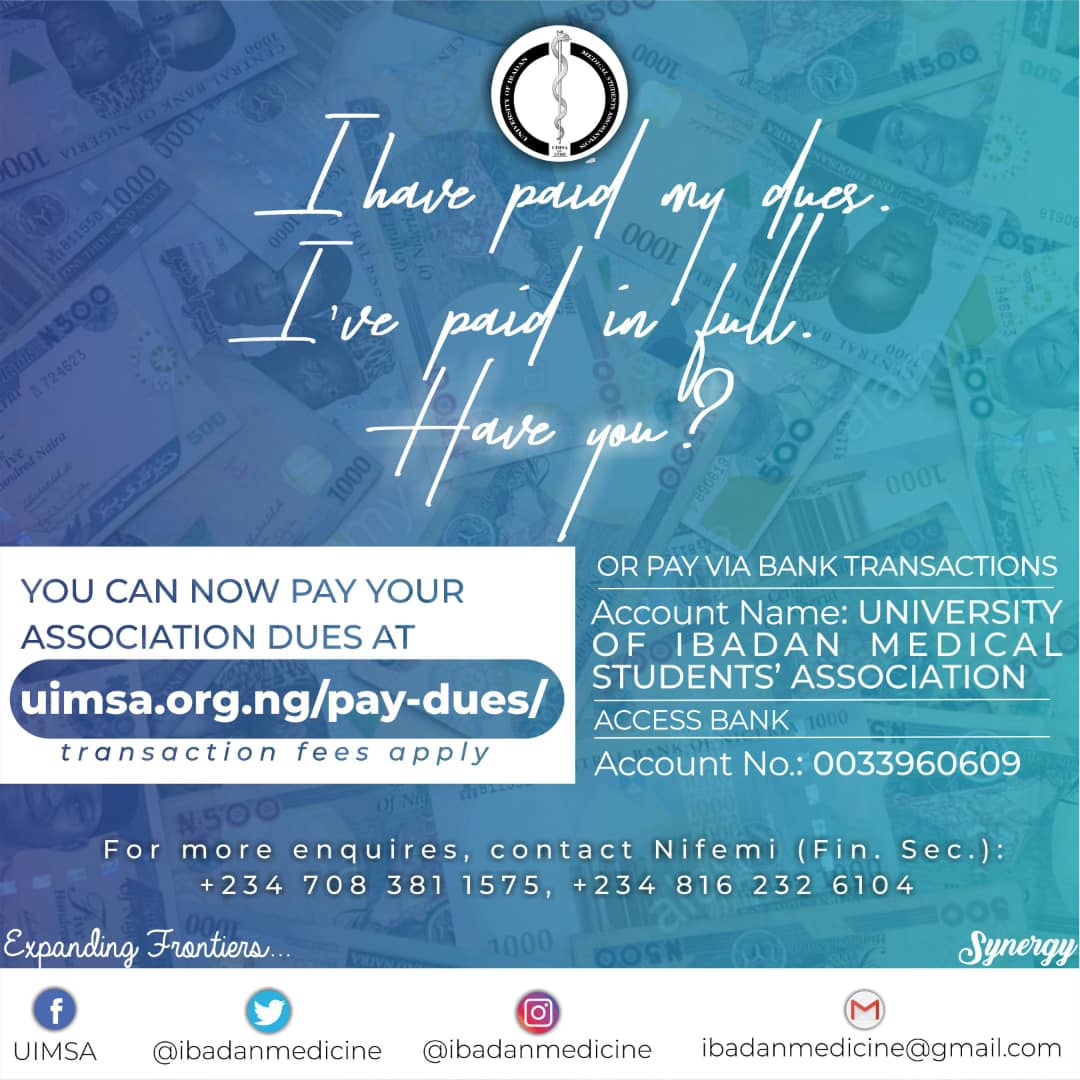 It is no longer news that the current executives of the University of Ibadan Medical Students Association have constantly pleaded with UIMSAITES to pay up their annual dues for smooth running of the tenure. As the activities planned within the tenure draws close and the Health Week draws closer with the looming financial challenges, UIMSA PRESS set out to get information as regards the financial stability of the association.

Speaking with the UIMSA Financial Secretary on the issue, she gave possible reasons for the recent development. She said, “The non payment of dues actually is a reflection of our economic instability as everyone claims to be “broke”, especially after we have been charged with “professional levy”.

“However, this association needs our dues to run effectively as the dues make a great percentage of our income. Also it is a basic duty of every member of the association to pay their dues. Just about 12% of UIMSAITES have paid their dues.”

In the same light, UIMSA PRESS caught up with the Majority Leader of the 500 level class, Senator Abdulbasit Fehintola. Speaking from another perspective, he said, “I feel that leaders of the association (senators and congressmen and women included) are not setting a good example for members of the association to follow by not paying their dues.

“Also, it be interpreted as saying that such office holders are not eligible to be called leaders because according to the constitution (chapter 1, article III, section 1), they are technically not members of the association in the first place (since they haven’t paid their dues).”

With the recent advancement in school fees receipt collection (available online for printing) making clearance possible without UIMSA dues receipt, absence of professional exams within the tenure, and the recent #85,000 Health Professional Training Level, it seems it would be a herculean task for the executives to get UIMSAITES to pay their dues, with the “UIMSA PACKAGE” not seeming enticing enough to make them pay up.

As such, new tactics have to be implemented soonest to prevent the “expanding frontiers” dream from getting shrunken.