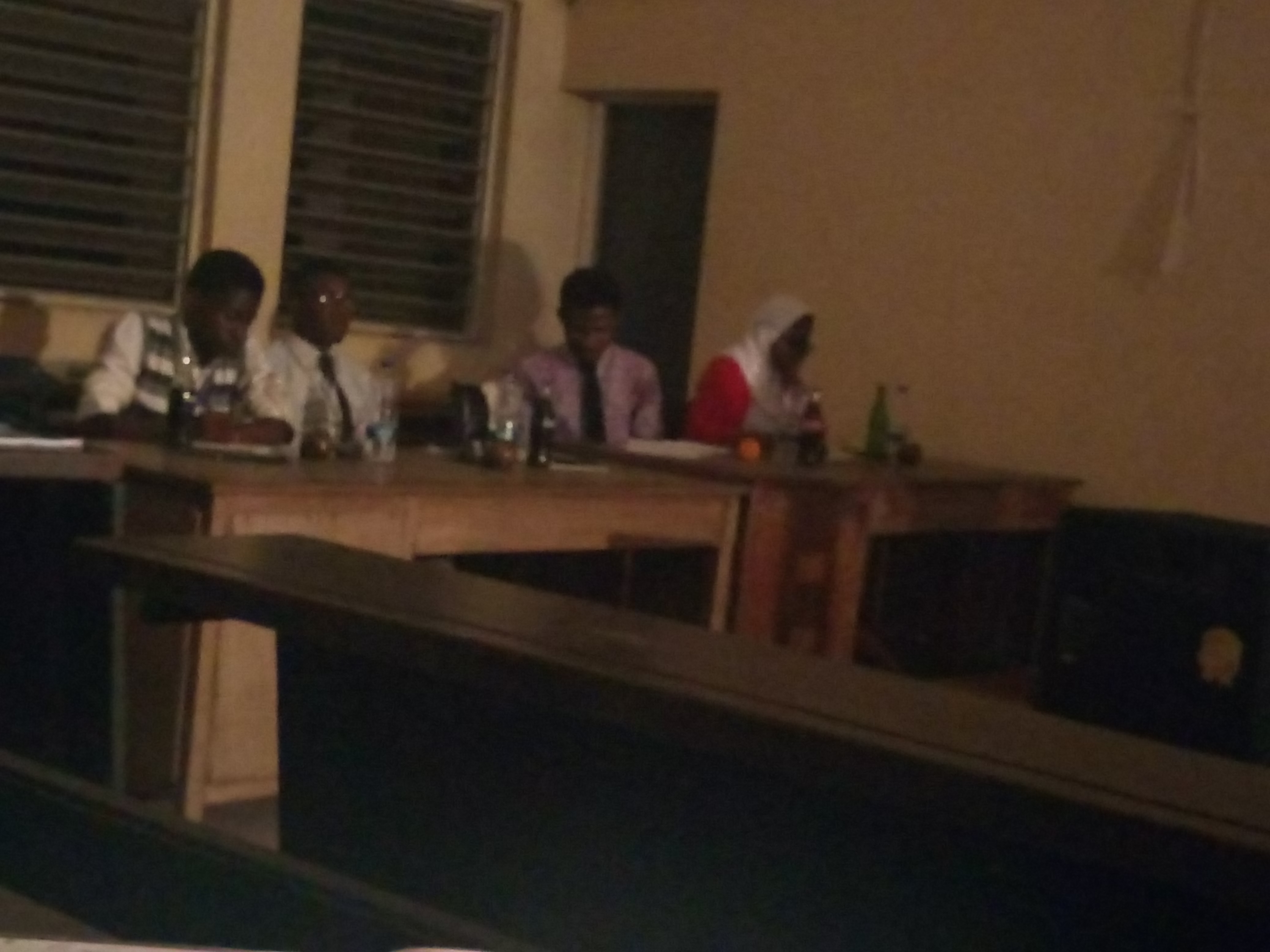 The pre-clinical lecture theatre was the place to be on Tuesday, the 30th of April 2019 as the aspirants for the various executive positions of the Association were scrutinized by press members. Just barely 24 hours after been screened by a panel of electoral committe members, the political aspirants were at it once again, as they had to face a panel of inquisitive press members; who would stop at nothing uncover the truth.

Noticeably absent was Mr. Ifeanyichukwu Ituma of the 2k17 class who haboured the intention of running for the post of vice-president of the association. He failed to impress the electoral committee during the screening process and was therefore disqualified, after he couldn’t make the pass mark; invariably putting an end to his political ambition. The aspirants took turns as they mounted the podium to outline their intended plans for the Association if elected into office.

Though, none of the aspirants had opponents for their intended offices, it was nothing short of a spectacle as press members left no stone unturned or in this case no question unanswered in their bid to thoroughly examine the apirants and their preparedness for public service.

While most of the aspirants seemed to know the job required of them and oulined realistic and feasible plans for their intended offices, a few others were not quite as prepared. Some of the highlights of the event included aspirants giving a practical demonstration of how they would solve certain issues after being presented with a real-life scenario, while others had to demonstrate certain tasks that they would be expected to execute in their various offices if elected. After all was said and done, UIMSAITES present had a better understanding of the diverse personalities they would be electing as their future leaders.

As for the aspirants, it was a timely reminder of the amount of scrutiny associated with a life of public service and an eye opener of what to expect from the Manifesto Night, come Thursday.

BY THE POLITICAL INSIDER