Quoted Replies™: The popular Twitter bot created by a Nigerian

HomeQuoted Replies™: The popular Twitter bot created by a Nigerian 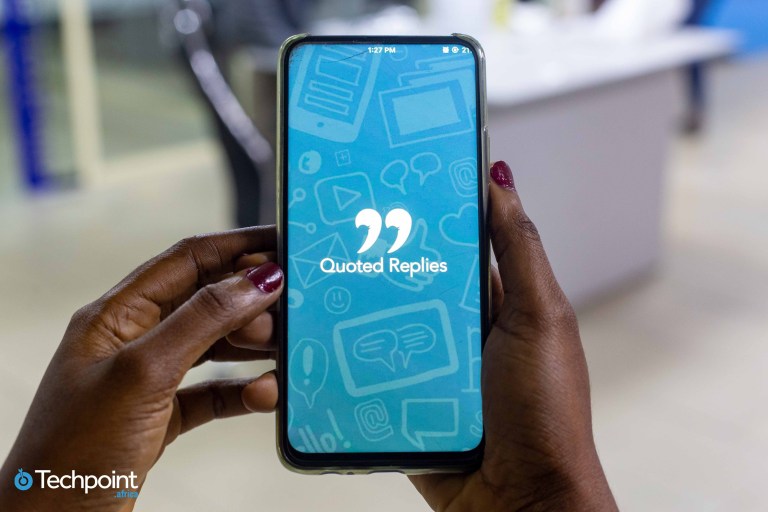 admin
General
No Comments
Culled from techpoint.com In April 2015, Twitter unveiled its “retweet with a comment” feature which would make it possible for its users to add comments to tweet in another new way. If you wanted to add a comment to a tweet, you’d have to either copy and paste the text, and then quote it or comment directly to the tweet. Needless to say, it was tedious. The “retweet with a comment” feature has since evolved through “quote tweet” and back to the “retweet with comment” feature that now enables photos, videos, and gifs
While quoting tweets has become seamless, finding quoted replies to other people’s tweets isn’t quite as simple. Or so it seems. Really, it just requires simply copying the tweet’s URL and pasting it in the Twitter search bar with a few modifications. You’ll see an auto-updating timeline of every single quoted retweet on that particular tweet. I bet you probably didn’t know that.
@Quoted Replies is a Twitter-based bot that helps you find quoted replies of tweets without having to go through the hassle of copying, pasting, and searching. If you’re a regular Twitter user, you might have seen the @QuotedReplies handle under some of the most popular tweets or even used it.
Dara Oladosu, a Nigerian software developer built the bot in December 2018 after he stumbled upon the ability to copy a tweet’s link and search Twitter for its quoted replies. Shortly after, he built a Chrome extension that helps users easily find quoted replies for any tweet on Twitter’s web version. While the Chrome extension was being used by a few people, the bot wasn’t gaining much traction because according to Dara, Twitter kept banning the bot every other day. Since then, @QuotedReplies has garnered users from all over the world, with majority coming from Nigeria, India, Philippines, Indonesia, and the United States. It had about 26.3K followers and over 67K mentions with 25.7 million impressions for September 2019 alone. The iOS app, which has an additional feature for downloading photos, videos, and gifs from Twitter, has been downloaded 680 times and has 3,800 impressions.

Using the Quoted Replies is quite easy and straightforward.

The apps are the mobile alternatives for those who do not want people to know they’re interested in a particular tweet. To use either the Android or iOS app, you simply need to find a tweet you’re interested in using your Twitter app. Click on the “share” icon and then on “Share Tweet via”. Look for “Quoted Replies” among the list of apps, click on it and you’ll see all the quoted replies on the tweet. Going forward During a Techpoint town hall with Twitter CEO, Jack Dorsey and his team; Quoted Replies creator, Dara Oladosu was offered a job at Twitter to help build a native “quoted tweet” feature for the platform. There are also plans to begin serving ads on the native apps and looking for creative ways to monetise the bot’s growing numbers.