SARRI TO BE SACKED AFTER 3 POOR GAME PERFORMANCE

HomeSARRI TO BE SACKED AFTER 3 POOR GAME PERFORMANCE 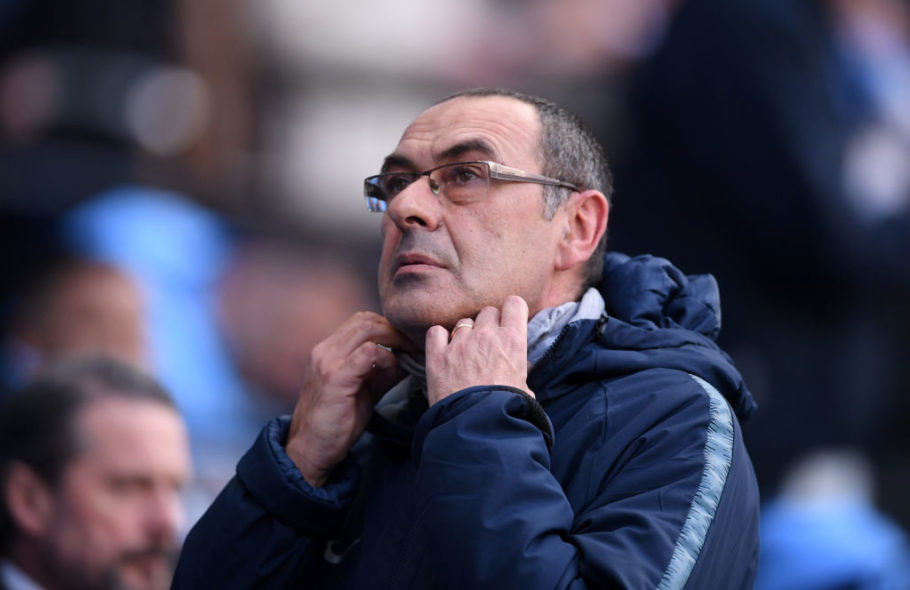 The Italian is close to being pushed out of Stamford Bridge after a poor winter run of results for the Premier League club. Maurizio Sarri is set to be replaced by an internal appointment on an interim basis should the under-fire Chelsea manager fail to secure positive results in his next three games.

Former Napoli coach Sarri is under increasing pressure at Stamford Bridge following an inconsistent run of results since the start of 2019.
Though Chelsea have set up a Carabao Cup final date with Manchester City at Wembley on Sunday, they have suffered humbling defeats at Bournemouth and City to drop out of the Premier League ‘s top four, and were beaten 2-0 at home by
Manchester United in the FA Cup fifth round on Monday.

Given the scrutiny of Sarri’s position in west London, a host of managers have been linked with the post, but Chelsea have not reached out to any of the names. Instead, Sarri’s assistant Gianfranco Zola or loan manager Eddie Newton could take charge on an interim basis, should Chelsea dispense with the Italian. Newton has trained the first team before, during the interim period between Antonio Conte leaving and Sarri arriving at Chelsea last summer.

Many Blues fans have turned on Sarri after the loss to United, when the supporters were heard chanting ‘F*** Sarriball’ . Derby County manager Frank Lampard has been linked with the job, but the Chelsea legend has yet to be sounded out, while owner Roman Abramovich’s friend Leonid Slutzky has also yet to receive the call. Chelsea looked at appointing Laurent Blanc in the summer, before opting to go with Sarri, and the former Paris Saint-Germain coach could be considered again. There has yet to have been formal contact with the former Manchester United defender, however.

Zinedine Zidane is expected to be difficult to bring in, given the Blues are looking like a less attractive proposition than years gone by due to problems off the field such as transfer bans and the prospect of losing Eden Hazard to Real Madrid. It is understood that former Madrid coach Zidane’s arrival would not be considered as a major factor in Hazard’s upcoming summer decision, despite the Belgium playmaker idolising the France legend as a boy.

With Sarri under intense pressure, Goal understands games against Malmo in the Europa League on Thursday, Manchester City in the Carabao Cup final on Sunday and Tottenham in the Premier League next week will be decisive in deciding the Italian’s future in west London.