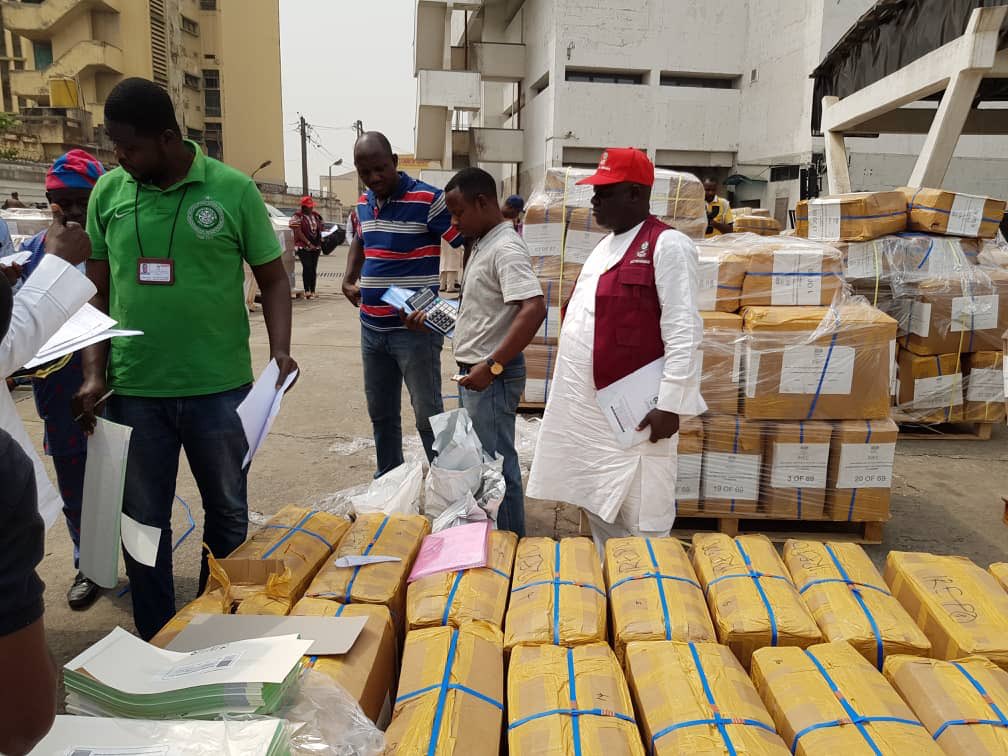 A mild drama ensued in Ibadan on Wednesday at the Central Bank of Nigeria branch in Dugbe, Ibadan, the Oyo State capital, after the Form EC8B of the Independent National Electoral Commission meant for Kano State was found in the election material deliveries meant for Oyo State.

The form, which is one of the sensitive election materials, is the result sheet for a particular ward within a state was noticed by a group of INEC officials, including ad hoc ones, who suddenly raised an alarm.

One of the officials subsequently took the form to a superior INEC official, who documented it in the register. On asked how the discovery would be handled, he said, “We will give it to the CBN to return it to Kano State as soon as possible”. Asked if there were other discoveries of such, he said,
“For now, that is the only one we have found.”
The official added that the sensitive materials would be dispatched to different local government areas of the state as soon as the sorting ends.

The Oyo state chapter of the Independent National Electoral Commission (INEC) is yet to officially response to the development.