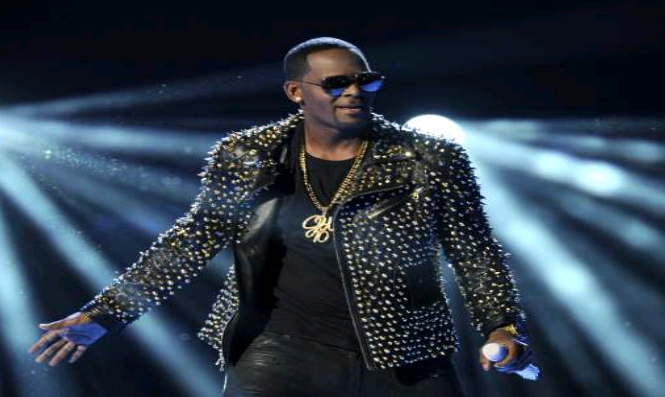 Last week, many viewers watched Surviving R. Kelly in horror as the documentary highlighted old and new sexual-abuse allegations against the singer. The six-part documentary series, which premiered on Lifetime on January 3, featured dozens of testimonials from survivors, activists, police officers, and legal experts, as well as Kelly’s family members and former employees. Their collective accounts paint a picture of a predator of vast proportion and shine a light on the pervasive, insidious culture of sexual violence within the music industry.

R. Kelly is a big star in the America music industry; he began performing during the late 1980s and debuted in 1992 with the group Public Announcement. In 1993, Kelly went solo with the album 12 Play. He is known for a collection of major hit singles including “Bump N’ Grind”, “Your Body’s Callin'”, “I Believe I Can Fly”, “Gotham City”, “Ignition (Remix)”, “If I Could Turn Back the Hands of Time”, “The World’s Greatest”, “I’m a Flirt (Remix)”, and the hip-hop era “Trapped in the Closet”. In 1998, Kelly won three Grammy Awards for “I Believe I Can Fly”.

Though the exposé has done much to erode the singer’s image (and has spurred an investigation into Kelly by Georgia’s Fulton County district attorney), it has also seemingly bolstered his support. Plays of Kelly’s records spiked on Spotify just after the film aired. And despite the fact that black female activists have successfully campaigned to ban Kelly and his music from several national radio shows and event venues, the artist’s long-standing recording contract with RCA records remains intact.

The list keeps getting longer since April 2017. R.Kelly joins the list of more than 250 powerful people — celebrities, politicians, CEOs, and others — who have been the subject of sexual harassment, assault, or other misconduct allegations. More survivors are coming forward nearly every day, many of them inspired and emboldened by those who have gone before.

Kelly has largely denied the allegations against him. Steve Greenberg — an attorney for R. Kelly — said Friday that the R&B star denies all allegations of sexual misconduct involving women and underage girls, including those made in a recent documentary, although he says neither he nor Kelly have watched the entire movie.

Despite the allegations against R. Kelly his die-hard fans haven’t skipped a beat in enjoying his music and performances. “I am an R. Kelly fan. I’m here for the music and nothing else,” one woman says in the film. Those who have expressed outrage after seeing Surviving R. Kelly are bewildered about how, despite the preponderance of damning testimonies, Kelly’s support from fans—black fans, in particular—remains largely unscathed.
Kelly was fully exonerated of his child-pornography charges, even with the smoking-gun evidence of the grotesque home video in which he allegedly appears. His fans often point to this verdict as proof of his innocence. Questions have been asked why some of the women didn’t come forward after a 27-minute video surfaced in 2002 that showed a man purported to be Kelly engaged in sex acts involving an underage girl. Kelly was acquitted in 2008 on charges of videotaping himself having sex with a girl who prosecutors allege was as young as 13.

Many artistes have shared their comments about the allegations against Kelly. Some of these artistes condemned Kelly and promise to never work with him again while some took a middle course. Some the artistes include John Legend, Lady Gaga, Nicki Minaj, Chance the Rapper, Phoenix, B2K, Future and many other artistes.

Lady Gaga has however taken to Twitter to apologize for collaborating with R&B singer R. Kelly, who has been accused of sexual abuse by several women. She vowed to never work with Kelly again and added that she plans to remove their 2013 song, “Do What U Want (With My Body)” from iTunes and other streaming services. Gaga, a sexual assault survivor, also emphatically voiced her support for the women who have come forward with allegations against Kelly.

The song “Do What U Want,” featuring R. Kelly, has seen a 13,720 percent boost in the U.S. sales following her statement about working with the singer, according to Billboard. Nielsen Music reports that the song sold 2,000 downloads on Jan. 10. That’s a surge from the song’s inconsequential figure from the day before. However, the song’s surge in sales will be brief: The Kelly collaboration had been removed from the iTunes Store, Apple Music, and Spotify. “Do What U Want” was the second single released from Gaga’s 2013 studio album ARTPOP. The song peaked at No. 13 on the Hot 100 and No. 7 on the Pop Songs airplay chart.
“I stand behind these women 1000%, believe them, know they are suffering and in pain, and feel strongly that their voices should be heard and taken seriously,” Gaga began her lengthy statement. “What I am hearing about the allegations against R. Kelly is absolutely horrifying and indefensible.”

The singer said that looking back, her thinking behind “Do What U Want (with My Body)” was “explicitly twisted.” She explained that she made the song and video “at a dark time” in her life, and that her “intention was to create something extremely defiant and provocative because I was angry and still hadn’t processed the trauma that had occurred in my own life.”
In Surviving R. Kelly’s opening episode, viewers are reminded of Kelly’s compelling biography: rising from public housing in Chicago to become one of the most famous artists of his generation and an icon of black R&B’s crossover success. In the final episode, some of the singer’s black concertgoers are interviewed while lining up for his show. Presumably, they are being asked what they think of the allegations against Kelly, and most offer hollow justifications such as “There are two sides to every story,” “Who are we to judge?” and “He’s been the same for years.”