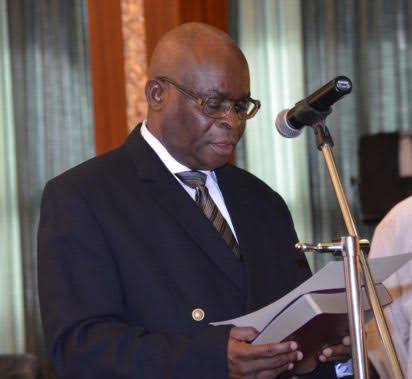 It seems that the controversy surrounding the suspended Chief Justice of the Federation, Walter Onnoghen would be finally settled in less chaotic circumstances. The now former Chief Judge was facing a code of conduct tribunal over alleged misconducts petitioned by the EFCC ranging from receiving ‘gifts’ to divert the course of justice while he was a member of the Supreme Court Council to false assets declaration and diverting public funds for personal use via estacodes. Walter Onnoghen on Thursday, handed his letter of resignation to the president barely 24 hours after the National judicial council recommended that he be retired compulsorily as confirmed by a member of his legal defence team. He had earlier defended the allegations brought up against him that same day and was expected to receive the results of the deliberations on April 17th. The recent development saves the president from the herculean task of having to get two thirds of the Senate to vote that the Chief justice be dismissed from office.

According to section 306 of the 1999 Constitution, his resignation took effect as soon as the president received the letter of resignation. However, it is not all gloom as it seems to be a decision that would reward the former Chief justice, handsomely. His is entitled to retirement benefits in cash and kind would cost tax payers approximately N2.5 billion. As part of the package for a retired chief justice, a house will be built for him in Abuja with a nine-digit sum for furnishing — in addition to a severance gratuity that is 300% of his annual basic salary of N3,363,972.50, as well as pension for life. He is also entitled to a number of domestic staff and sundry allowances for personal upkeep. If he had been dismissed from office by in alternate circumstances, he would have lost all retirement benefits as stated above. Also it is expected that the allegations brought up against him by the CCT would somehow no longer be of importance as the punishment which would have been a dismissal has already been pre-empted by his premature resignation. Onnoghen who is 68 years old was originally due for retirement in 2020.