TEKNO SPEAKS FOR THE FIRST TIME AFTER LOOSING HIS VOICE

HomeTEKNO SPEAKS FOR THE FIRST TIME AFTER LOOSING HIS VOICE 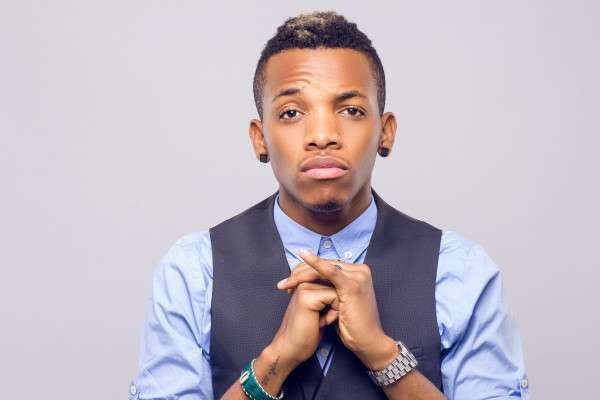 Nigerian music star Augustine Kelechi, aka Tekno, took to his Twitter page to reveal that life has been very difficult for him following the recent announcement by his management which revealed that the artiste can no longer sing or perform for some time after a temporary damage to his vocal box due to strain from overtime performances . This is after his recent health challenges were revealed.

Tekno who is going through a tough phase right now is not hiding it from his fans. He wrote this on his twitter page yesterday: 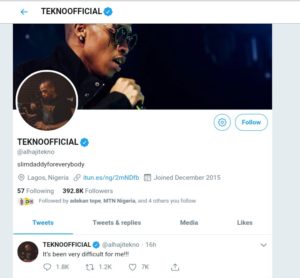 Music executive, Ubi Franklin revealed this on Instagram and asked his fans to pray for him during this hard time. 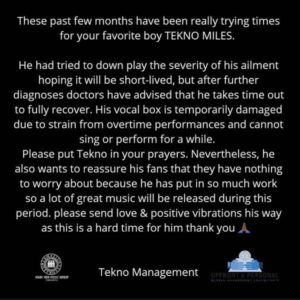 This is coming weeks after the singer took to Instagram to ask his fans to pray for him that he was receiving treatment for an undisclosed illness. 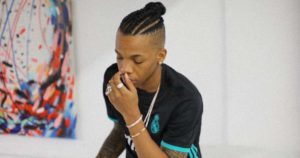 Numerous fans have since wish him the best, praying he recovers soon.