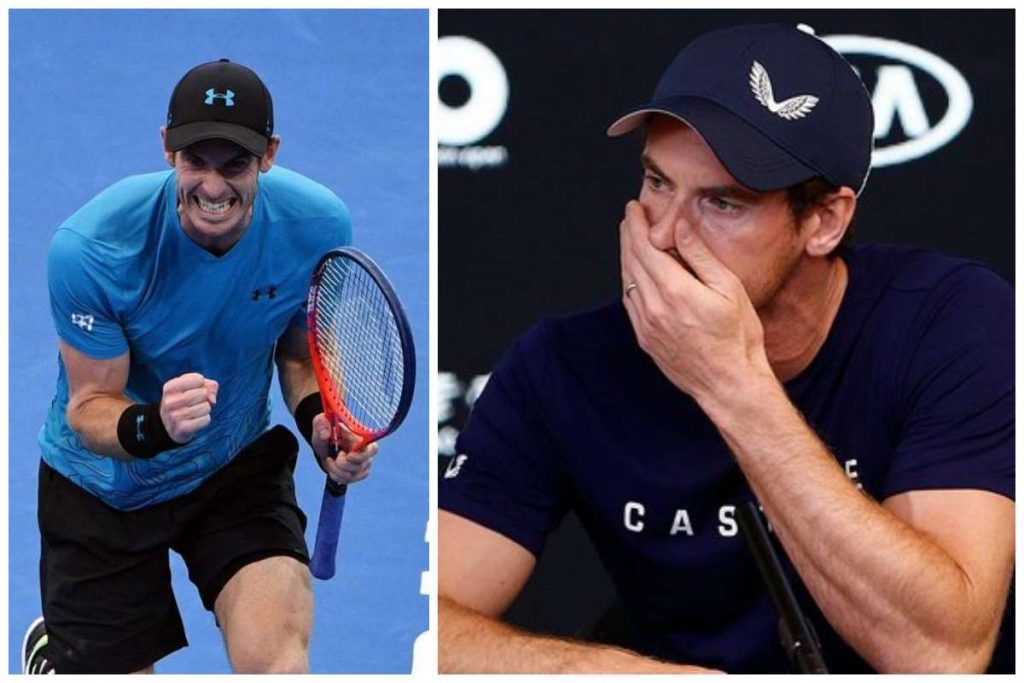 Tennis Legend Andy Murray has announced he’s retiring from tennis after Wimbledon, due to an hip injury that has plagued him since 2017.

The 31-year-old made this known during an emotional press conference where he made it known that he still plans to take on the Australian Open but could walk away from tennis this month if his condition doesn’t improve.

At the press conference ahead of the Grand Slam, he started crying after telling everyone he wasn’t feeling great. He had to leave the room for several minutes so that he could calm down.

The former world No 1 hopes to have one final farewell at Wimbledon, where he is a two-time champion but had to withdraw last year.

The three-time Grand Slam winner had surgery on his hip a year ago but admitted he is still far away from full fitness with the pain greatly affecting his day-to-day life.

Speaking at a press conference, the 31-year-old broke down in tears and struggled to speak as his voice cracked as he addressed a room of journalists at Melbourne Park.

“I’m not feeling good. I’ve been struggling for a long time. Been in a lot of pain for 20 months now.

“Pretty much done everything I could to make my hip feel better.

Murray played just 14 matches in 2018 having made a long-awaited return in June after almost a year out.

Asked if he will play the Australian Open which begins on Monday, Murray added: “I’m going to play. I can still play to a level. Not a level that I’m happy playing at.

“But it’s not just that. The pain is too much really and I don’t want to continue playing that way.”

He added: “During my training block I spoke to my team and told them I can’t keep doing this. I needed to have an end point because I was sort of playing with no idea when the pain was going to stop.

“I’ve spoken to psychologists about it butnothing helps because you’re in lots and lots of pain and you can’t do what you want to do, what you love doing. It’s not enjoyable doing it anymore.”