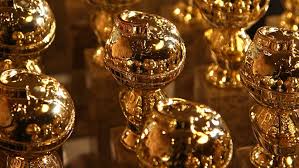 It was never a doubt that the 76th annual Golden globe awards would be nothing short of captivating and it certainly lived up to it’s supertar billing, as Hollywood royalty gathered once again to recognize the exceptional works of actors and cinematographers alike.

Hailed as one of the most prestigious awards in Hollywood, only second to the likes of the Oscars and the Academy awards, this year’s event was held at the Beverly Hilton hotels, Beverly hills on Sunday January 6th, 2019 and was hosted by Grey’s Anatomy star Sandra Oh and Andy Sandberg.

The award winners were selected by a 93 member Hollywood foreign press Association and the biggest winners in film category was the film “Green book” which grabbed 3 awards followed by “Roma” and “Bohemian Rhapsody” with 2 awards each. In television, The Kominsky Method and The Assassination of Gianni Versace: American Crime Story were the most awarded, with two awards each. Jeff Bridges was honored with the Cecil B. DeMille Award for career achievement. On the Red carpet, Ryan Seacrest and Juliana Rancic worked their magic on the celebrities who looked stunning in their outfits for the evening. There were a few suprises here and there in the winners of some categories as typical of many previous ceremonies.

Best Performance by an Actress in a Motion Picture – Drama

Glenn Close (“The Wife”) – WINNER
Lady Gaga (“A Star Is Born”)
Nicole Kidman (“Destroyer”)
Melissa McCarthy (“Can You Ever Forgive Me?”)
Rosamund Pike (“A Private War”)

Best Performance by an Actor in a Motion Picture – Drama

Best Screenplay in a Motion Picture

Best performance by Actress in a TV series – Drama

Best performance by an Actor in a TV Series – Drama

Best Limited Series or Motion Picture Made for Television

Best Performance by an Actor in a Supporting Role in a Series, Limited Series or Motion Picture Made for Television

Best Performance by an Actress in a Supporting Role in a Series, Limited Series or Motion Picture Made for Television