THE MEDICAL STUDENT IN PURSUIT OF SANITY 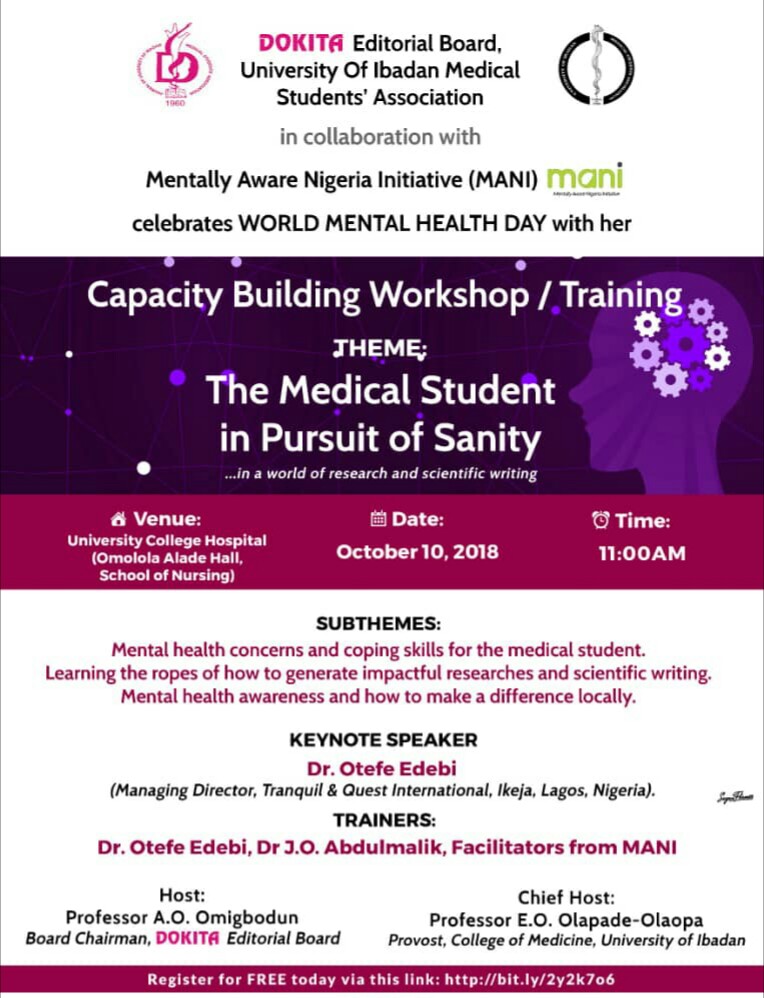 Mama: When did you become so serious Usain? 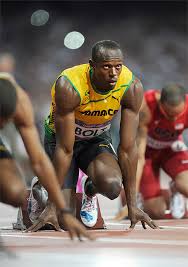 Mama: The boy I know has no worries, because all worries ever do is weigh you down. You have to remember… you can always go fast when you keep it light.

This conversation is what they say ensued between Usain and his mom in the short film in Usain Bolt’s honour, The Boy Who Learned to Fly. It was just before he wrote his name in the sands of time on being the youngest ever junior world champion at only 15 years at the 2002 World Junior Championships. This record would remain unbroken till a Jacko Gill comes along. This was a whopping 8 years after! No, it is just a mere coincidence that the record breaker was a ‘Jacko’!

Follow me closely as I gradually draw the analogy between Usain’s conversation with his mother and the topic at hand. It’s a pursuit after all.

It is no news that in Medical School, the level of arduous mental work and activity is dangerously alarming. It is no news that aspiring medical students work harder than any of their contemporaries in all the other professions. From the long hours of study, to the overnight ward rounds, to the emptied Red Bull cans, to the crimson-red, sleep-deprived eyes, to the ever-piling work load… The list is endless. It really is no joke to call the shots at life or death of fellow human beings. Many have described medical doctors as demi-gods. 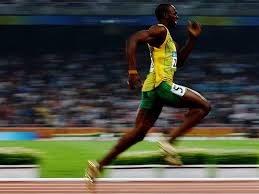 Now, the idea of being in a pursuit for something paints two important pictures: you are behind, and it is a pursuit. While the latter might appear seemingly obvious, it is a pursuit! A pursuit is no joke. Kill or be killed! Win the spoils, or be the spoil! It is the survival of the fittest athlete! No matter how close to closing up, you are behind. No matter how much ahead, you can be overtaken. Here comes the coupe de grâce… it is you behind that finish line; your sanity, the waving flag in your hands. You are literally running for your life! The bleachers are filled with screaming fans. The cheers of Yours truly drown out in the guffaws of those that are against you. You are your one true fan. The harsh truth is this – the odds are not in your favor. Your opponent, Pressure, is way more experienced than you are. You are a novice and he has many years on you. The tracks have not changed, and he can run this race with his eyes closed. He has won so many times and is as confident in his ability and his fans, as a cub in the presence of his father. He has crossed that finish line more times than he can count, and given a swift death to his opponent, trampling mercilessly on his sanity flag. He crushes your sense of self-esteem and gives you little to no reason to live. Little wonder many suffer suicidal tendencies.

Pressure’s résumé could very much give the impression that he is indomitable and invincible. He is not! More dangerous is the impression he could give that you could win him by some innate power or might: “Put in that extra effort; burn more midnight candles; attend more classes; read more textbooks” Have at it. All lies! Look closely through the magnifiers of time and history and realize that as good as these could be, you only fuel the Pressure fire. Not every avid reader is an avid spanker. While I do not mean to encourage laziness or downplay the place of hard work, I sure want to refute the warped mindset that success must come the hard way. This race is not by power, and sure is not by might. If it were by these, Pressure would be a flawless victor. Again, he is not. You get ahead in this race by doing the seemingly foolish simple thing. RELAX! Recall quickly Bolt’s conversation with his mother before his first big gig. “All worries ever do is weigh you down…you can always go fast when you keep it light.” You overtake and win this pursuit by seemingly slowing down. I promise that is the last paradox! 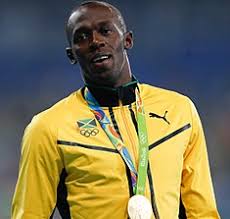 “How far is the race?” The race is one day far. One day far, twenty-four hours long. My point basically is this: learn to live one day at a time. Win, one day at a time. Pay as little attention as possible to the pressures pressing from all sides. While you do not live in denial that all is well with the world, you every day, actively refuse to make mountains of moles. Pressure feeds on your fears and worries. Once you remove these from your life, you kill it daily. It is not as easy as it sounds. I mean… sleeping like a baby with full knowledge that your bed could be drawn from beneath you anytime can be quite daring. It probably helps to see it this way: “I will not feed what will kill me” Read it, and read it clearly! Medicine is not the most important thing in this world. It was here before you, it will be here when you are long gone. The pressures of Medical School are probably as old as Medicine itself. Medicine is not worth losing your sanity over. Nothing is! Eat well and take good care of your body. Go and see that movie despite the workload looming over your head. Indulge yourself every once in a while. Do not cut out your old buddies in the cliché you-know-how-busy-I-am excuse. When you feel you are choking on workload and need a CPR, actively seek resuscitation from friends! Read what you can, when you can and how you can. Every once in a while, take a deep breath and say to yourself “I will be just fine”. Like Usain Bolt’s testimony in the 2008 Olympics at Berlin when he won his first gold medal, you will brag “I was slowing down long before the finish and wasn’t tired at all.”