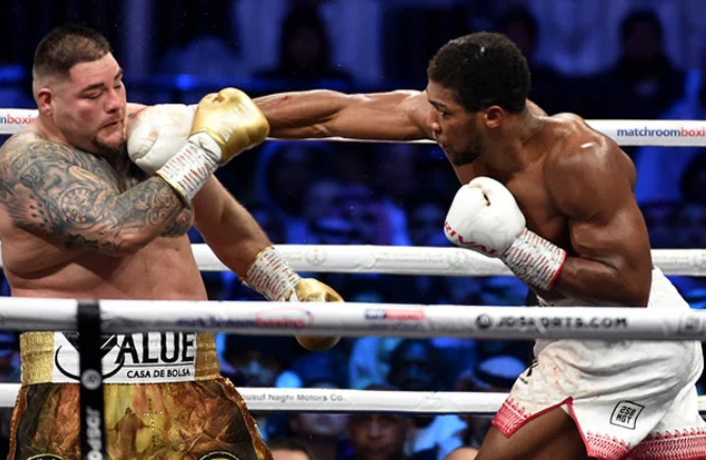 Andy Ruiz blamed three months of partying for his one-sided world heavyweight championship defeat to Anthony Joshua on Saturday, admitting he had failed to train seriously for his first title defence.

The 30-year-old Mexican-American stunned the world in June when he floored Joshua four times on the way to a sensational upset victory in their first fight at Madison Square Garden.

Ruiz had drawn gasps of disbelief on Friday when the weigh-in revealed he had ballooned to 283 pounds (128.4 kilograms), fully 15 pounds heavier than his fighting weight six months ago.

Ruiz’s poor conditioning was ruthlessly exposed by Joshua on Saturday, who nimbly outboxed the chubby champion.

“Three months of partying and celebrating affected me, what can I say?” Ruiz told reporters after the fight.

Asked what he’d do differently if granted a rematch with Joshua, Ruiz replied: “Listen to my coach. Listen to my dad. And take it more seriously.”

Ruiz, who was granted a ritzy homecoming parade in his Californian hometown of Imperial following his win in June, said he had started his training camp for the rematch too late.

Trainer Manny Robles had wanted Ruiz back in the gym in July. Ruiz only started his camp in September.

Robles meanwhile refused to point the finger at Ruiz.