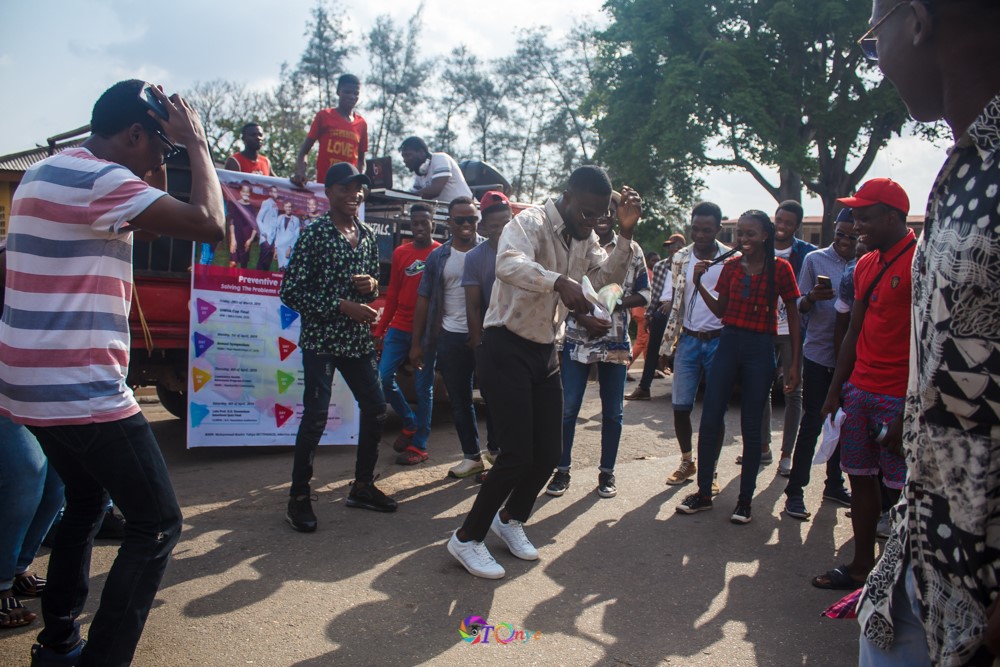 The 59th health week kicked-off in explosive style with the Rally and Disco Night on Sunday, 31st of March, 2019 and there was nothing to suggest that it was an early April fool’s joke. UIMSAITES and well-wishers came out “en masse” in jubilatory and festive mood as they toured the halls of residence of the university, with their display of Zanku dance moves, flashy cars, chic costumes and colourful outfits.

You could bet that they did it with a stylish swag and a funky attitude. Later that night, it was time for the disco party, where all the fun and turn-up continued till the early hours of the following day. Did I hear you say that UIMSAITES are the coolest kids on the block?. Mr Adegbaju Francis, the Committee Chairman, and his team; certainly know how to plan a party carnival. Kudos for a job well done!