A NEW DAWN IN UIMSA. 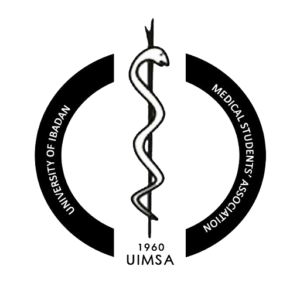 The University of Ibadan Medical Students Association began a new chapter in her already illustrous history on Saturday, 11th of May, 2019. With the newly elected executives of the tenure already announced a week earlier by the Electoral commission, all was set in motion for the hand-over and inauguration ceremony.

The day began early with the Senate meeting, which culminated in the dissolution of the Senate of the previous tenure after final proceedings were observed. Thereafter, it was time for the Congress to assemble for one last time. It was an opportunity to listen to the report of activities of the various bodies within the association such as FAMSA, DOKITA, the clinical and pre-clinical press amongst others. In typical fashion, recommendations were made on how to improve the workings of such bodies to ensure maximal efficiency. The occasion was graced by the current Sub-dean, Dr. T. Oluwasola from the department of Obstetrics and Gynaecology, who addressed those present on issues bordering on the HPTL fee increase and what the money was actually being used for. He also presented award plaques to the outgoing executives thanking them for their Meritorious service.

The outgoing president, Mr Yahya Muhammad-Bashir in his closing speech, thanked UIMSAITES for the opportunity to serve and appreciated his “expanding frontiers” team for their co-operation, hard work and zeal in realizing the goals of his administration. He also expressed his belief that he was leaving the Association in safe hands for his successors to do even better than he did.

The Electoral commission had one final job to perform in organizing elections for the leadership of the Senate and Congress and they emerged as follows:

Also, as a reminder, the Newly elected executives of the Association are:

The oath of office was then taken by the various office holders spanning across the executive and legislative arms, who pledged to serve the Association to the best of their abilities. When all was said and done, the meeting was adjourned by the new Senate president. As UIMSA prepares to celebrate a milestone 60th anniversary, we do hope that the next 60 years of student leadership builds on the successes and achievements past to make UIMSA the very best amongst equals.

BY: THE POLITICAL OBSERVER