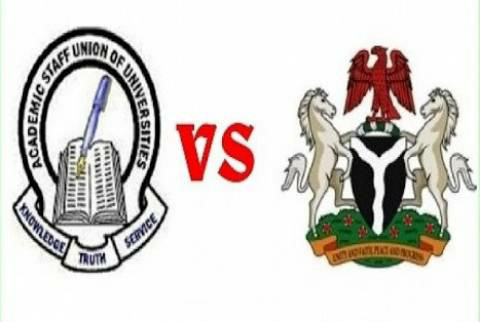 To communicate areas of dispute to govt today, the Academic Staff Union of Universities (ASUU) has said that the ongoing industrial dispute will continue except certain acceptable conditions are met.

It said to end the strike, the Federal Government must urgently release additional N50 billion to the N20 billion released earlier for revitalisation fund, show evidence of mainstreaming the Earned Academic Allowance (EAA) into the 2019 budget and evidence of the payment of shortfall in salaries.

President of ASUU, Prof. Biodun Ogunyemi, in an interview yesterday, said the union rejected the latest proposal of the government after due consultations with members, pointing out that government’s offer was meagre.

He added that the association’s reservations would be communicated to the Federal Government today at the inauguration of the platform for addressing matters relating to state universities.

Ogunyemi said: “The last time we met with representatives of government, they gave us their proposal and we said we will present it to our members and their reactions to the items of the proposal will be sent back to them within a week. And now, we are almost through with the consultation and we will communicate areas of disagreement to them today.

“They are basically two or three major areas; one is on the revitalisation fund. We presented to them that government owed an outstanding balance of N1.1 trillion in five tranches. But what government eventually proposed is something that is far-fetched. They were talking about N20 billion that will be released in two tranches starting from next quarter, and we felt that will not address the issue at hand. Though they said that they released N20 billion earlier, the N20 billion was to be released in 2017, if they released it in November 2018, it is not the same thing.

Additionally, the group demanded that for EAA and shortfall in salaries, government should provide evidence of its promises and give specific information and guidelines to its proposals.

“Although government has shown us a paper authorising the release of N15.89 billion to universities, but universities have not confirmed receipt. As far as ASUU is concerned, it is an issue of ‘once bitten, twice shy,’” he further stated.

CULLED FROM THE GUARDIAN