BANKY W DECLARES INTEREST TO RUN FOR HOUSE OF REPRESENTATIVES

HomeBANKY W DECLARES INTEREST TO RUN FOR HOUSE OF REPRESENTATIVES 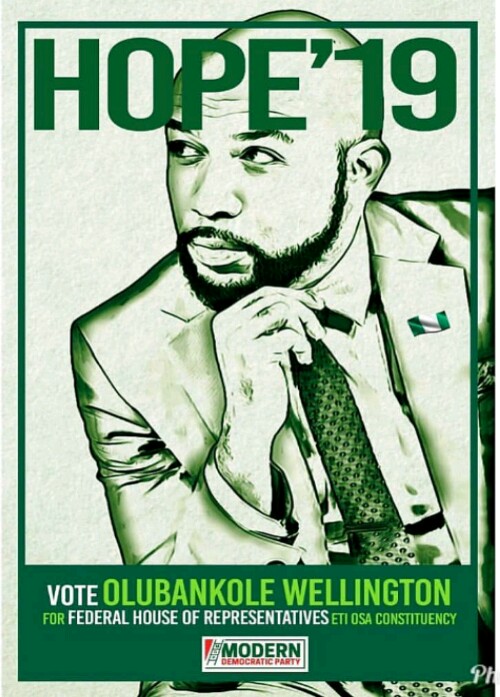 Olubankole Wellington, popularly known as Banky W, announced his candidacy for a seat at the Federal House of Representatives under the ‘’ Modern Democratic Party”. The actor who played the leading role in one of the highest grossing Nigerian film, “The Wedding Party”, declared his political ambition on the 11th of November, 2018. Modern Democratic Party (MDP) is a youth focused political alliance, which alongside 21 other parties, received her certificate of registration  from the Independent National Electoral Commission (INEC) on the 10th of January, 2018, as reported by Vanguard on January 12th, 2018. 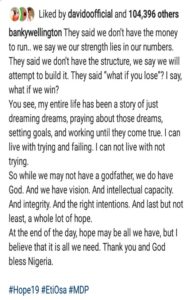 The Empire Mates Entertainment (EME) boss declared his intention to contest for the Lagos Eti Osa Federal Constituency Seat in the House of Representatives in the 2019 general elections. He made this announcement at the debut convention of the Modern Democratic Party (MDP) in Lagos.

Adesua Etomi, the wife of the EME, declared her unwavering support for Banky W at the event in Lagos. “Nigeria deserves a man like my husband. Banky, it is an honour to walk life with you, I can’t wait for the world to know you like I do”, she said at the event. 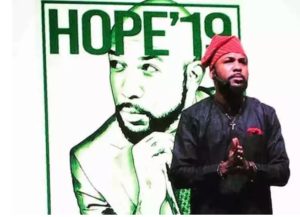 No doubt that the 2019 elections is going to be a very eventful one ,as more and more celebrities have continued to show their interest in the governance of our dear country.