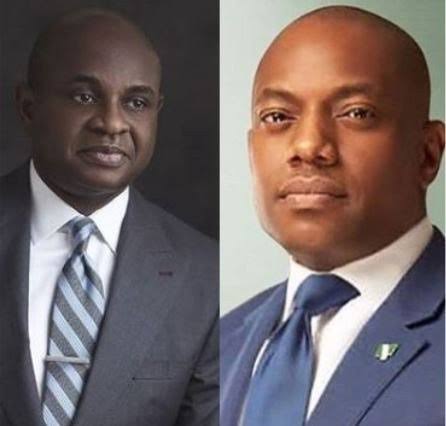 The leadership of the Alliance for New Nigeria, ANN, and Young Progressives Party, YPP, yesterday merged to form a new coalition known as “The Force.” According to both parties, “The Force” is to help salvage Nigeria from those they said have held it hostage for far too long.

The revelation was made known to the public in a press statement issued and signed by the National Chairman of ANN, Emmanuel Dania and his counterpart in YPP, Comrade Bishop Amakiri in Abuja. The statement reads in full:

“The political landscape of Nigeria is beginning to get the much desired clarity with few weeks to the general elections thereby giving all patriotic stakeholders the opportunity to take informed decisions that will herald a political direction different from the status quo.

“Nigeria is in dire need of a paradigm shift and this cannot happen by wishful thinking but through conscious efforts by selfless Nigerians to disrupt the system in order to end the combined 19 years of inept leadership of the PDP and APC, which no doubt has kept us in this present socio-economic and political shackles with no solution in sight anytime soon. Only those benefiting from the current dysfunctional system will be satisfied with the state of our nation as virtually all economic indices seem to be on a downward spiral with high rate of inflation, unemployment, poverty, insecurity are the resultant effects on the psyche and living standards of Nigerians.

“It is in a bid to end the aforementioned trend and change the current narrative that the joint leadership of the Alliance for New Nigeria (ANN) and Young Progressives Party (YPP) after painstaking deliberation, decided in the interest of the nation to forge a formidable coalition known as “the Force” in order to help salvage our great country from those who have held it hostage for far too long. The Force is expected to be a political point of convergence for all those who truly desire to take back Nigeria from the establishment and birth a new Nigeria.

“While we understand the enormity of the task ahead considering that our failed leaders will not let go without a fight, our conviction is however anchored on the strength of the over 88 million Nigerians living below the poverty mark of $1.90 per day to decide the fate of our oppressors through their votes. Furthermore, the Force will in the coming days present a consensus candidate in the February 16, 2019 Presidential election as a mark of our collective resolve to give Nigerians a credible alternative away from the past when Nigerians are faced with the dilemma of choosing between two undesirables.

“We also want to bring to the attention of Nigerians the ongoing engagement with other ideological driven Political Parties that are neither with the APC nor PDP with the aim of further consolidating on the gains already made.

“Conclusively, while some may want to query the timing of our action, our response is simple; “it is not too late to save Nigeria and there is no better time to save her than NOW”.