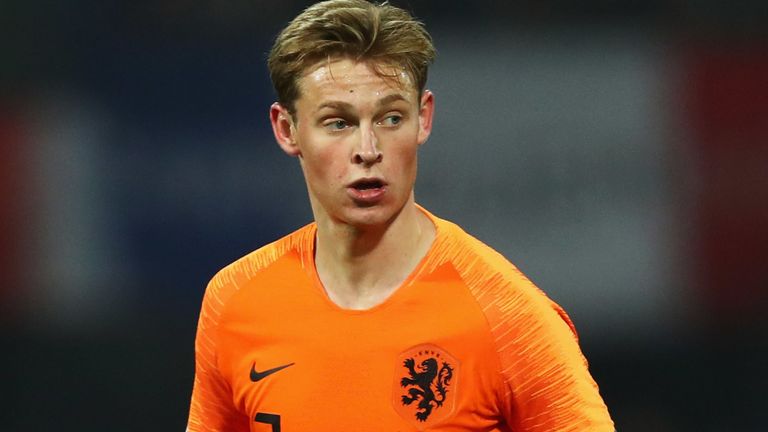 Frenkie de Jong says he held talks with Pep Guardiola about joining Manchester City before he decided to move to Barcelona.

The Spanish champions announced the signing of the Ajax midfielder on Thursday, with De Jong moving to the Nou Camp in the summer for £65m. However, De Jong says several of European football’s biggest clubs were chasing his signature, telling Dutch broadcaster NOS: “I spoke to PSG, yes.” “I rang Maxwell (PSG’s sporting coordinator) to tell him I was not joining them and my agent informed PSG. “I also spoke with Guardiola about a move to Man City. Clubs all try to convince you when they want you.” “I am happy and proud that they did so much to get me. I am happy, proud and also somewhat relieved that it’s now all behind us.”

De Jong, who has just five caps for the Netherlands, says Guardiola actually indirectly influenced his decision to opt to move to Barcelona.