Nigeria hasn’t released official unemployment data for more than a year because of a lack of funds at the statistics office. Work on the nation’s jobless figures, the most recent of which are for the third quarter of last year, “can’t be completed due to budgetary releases,” Statistician-General Yemi Kale said on Twitter. It’s got nothing to do with massaging the numbers or hiding bad news before elections in February, he insisted. 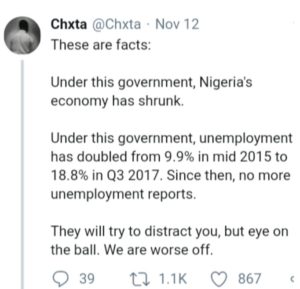 Unemployment in Africa’s most-populous nation stood at 18.8 percent in the third quarter of last year, the highest since at least 2010. The official rate has more than doubled since 2015, when President Muhammadu Buhari, who will seek re-election in February, came to power. 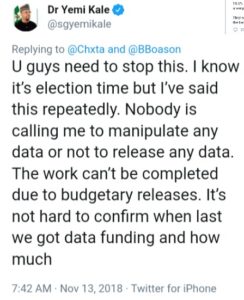