IYALODE OF IBADAN IS DEAD

HomeIYALODE OF IBADAN IS DEAD 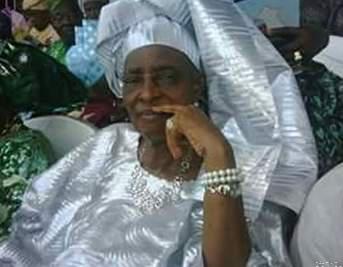 Alhaja Aminat Abiodun, the Iyalode of Ibadanland has passed on. Sources at her family compound in Idi- Arere area of Ibadan, the Oyo State capital and her Bodija residence, said she died in the early hours of Saturday.

As Iyalode, she is the representative of women in the Olubadan-in-council, which has 13 members; including 11 High Chiefs, the Olubadan, who is the overall head and the Iyalode, who represents the female folk. During her lifetime, she was referred to as the Obabinrin (female king) of Ibadanland.
Alhaja Abiodun became the Iyalode of Ibadan following the demise of the former occupant, Chief Mrs Wuraola Akintola.

A strong and successful businesswoman, Abiodun has not only been prominent, but she was also active despite her age. ‎