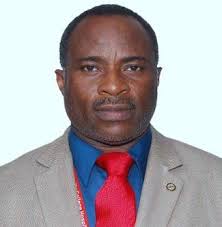 It is no longer news that Nigeria’s numero uno tertiary health institution, the University College Hospital (UCH) Ibadan is about to witness another kind of radical transformation with the emergence of Professor Jesse Abiodun Olubanjo Otegbayo as the new helmsman, the new Chief Medical Director.

After undergoing serious and rigorous tests, interviews and discussion sessions, the great Nigerian scholar and administrator emerged as the best among equals and his appointment was promptly ratified by the authorities above.

For the benefit of those, who, perhaps, never heard or met Professor Otegbayo before, below is his abridged CV.

Professor Jesse Abiodun Olubanjo Otegbayo was born in Sekondi Ghana on 17th December, 1961. He hails from Otan-Ile in Obokun Local Government Area of Osun State. . He studied Medicine at the College of Medicine, University of Ibadan from where he got his MBBS in 1989.

He underwent Residency training in Internal Medicine at the University College Hospital, Ibadan, and obtained the Fellowship of the West African College of Physicians in 1998. He subsequently obtained a Postgraduate Certificate in Gastroenterology at the University of Tel-Aviv and clinical scholar at the Chaim Sheba Medical Centre, Tel-Hashomer, Israel in 2002. He was a Union Internationale Contre Cancer clinical fellow at the Johann-Wolfgang Goethe Hopitale, Frankfurt, Germany in 2000.

In 2009, he was awarded the Fellowship of the American College of Gastroenterology and the Fellowship of the Royal College of Physician, Glasgow in 2015. He is also a Fellow of the International Union Against Cancer of Switzerland (UICC) and West African Health Organisation Scholar for Linguistic Exchange Programme to learn Medical French at the University of Burkina Faso, Ouagadougou. Professor Otegbayo obtained the MSc and Ph.D in Chemical Pathology/Immunology at the University of Ibadan in 2003 and 2011 respectively.

His clinical interests are in Gastroenterology and Hepatology as evidenced by his research works on acute and chronic liver diseases, particularly viral hepatitis, cirrhosis and hepatocellular carcinoma. He has presented many academic papers at local, sub-regional and international conferences, and has over one hundred scholarly publications to his credit in both local and international journals.

Professor Otegbayo is a member of the International Relations Committee of the American College of Gastroenterology, United States of America. He is equally a Chartered Member, Nigerian Institute of Management (MNIM), Fellow Certified International Professional Manager, United Kingdom (FCIPM-UK), Fellow Member of the International Professional Managers Association (FPMA), and holds a Professional Postgraduate Qualifying Diploma in Management Consultancy and Organisational Transformation. He is married to Bolanle Otegbayo, Ph. D, CFS (Associate Professor, Food Science and Technology) and Director of Research, Innovations and Strategic Partnership at the Bowen University, Iwo Osun State. They are blessed with wonderful children.

Professor Otegbayo is taking over from Professor Temitope Alonge, who has completed his tenure as UCH CMD.