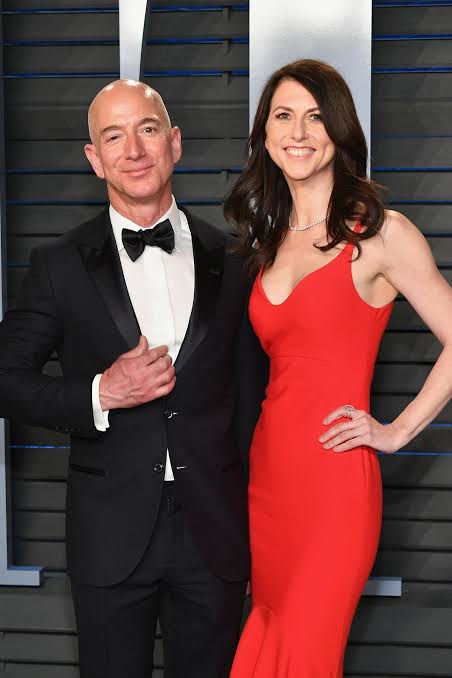 World richest man Jeff Bezos and now ex-wife Ms Mackenzie have finally agreed to terms of their divorce settlement. They both shared positive messages of praise and admiration for one another after the disclosed via their Twitter accounts that they had finalized their divorce amicably. This now makes Mackenzie the third richest woman in the world while surprisingly, Jeff still retains the enviable title of the richest Man in the world. The duo were married in 1993 and have 4 children. He found Amazon the following year after they tied the knot. It was reported that infidelity on the part of Mr. Bezos was an important factor in the divorce after leaked text messages revealed an ongoing affair between him and former Fox TV host, Lauren Sanchez.

Prior to the settlement, Mr Bezos held a 16.3% stake in Amazon. He will retain 75% of that holding but Ms Bezos has transferred all of her voting rights to her former husband. She will also give up her interests in the Washington Post newspaper and Mr Bezos’ space travel firm Blue Origin. Ms Mackenzie gets to keep a 4% stake at Amazon worth $35.6 billion alone which is responsible for her new status as the 3rd richest woman in the world. This new divorce record far outpaces the previous $3.8bn record set in 1999 by art dealer Alec Wildenstein and his wife Jocelyn, who gained popularity for her cosmetic surgery.