The court nullified a Kwara State High Court judgement dated June 28, 2017, by Justice A.S. Oyinloye, that a sum of N4 billion be paid as damages to Saraki in a lawsuit between the Senate president, Sahara Reporters and its founder, Omoyele Sowore.
Although the judgment was used to obtain a garnishee order against Sahara Reporters Media Foundation, a non-governmental organisation, a separate entity as the foundation was never named in the suit, neither is it a news publishing platform. 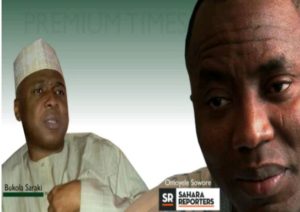