On the first episode of this publication I have the pleasure of having the company of none other than UIMSA’s best executive for the 2016/2017 and 2017/2018 tenure, the immediate past  Public Relations Officer (PRO) of the 2017/2018 executives (EXCOS) and a fellow of the YALI regional cohort. A man with so much passion for good leadership and has lots of accolades to show for it. His name, Aderonmu Boluwatife, and we are glad to interview him today on this maiden edition of THE BIG TALK. 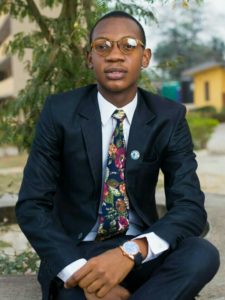 We’re pleased to have you sir

Thank you very much. It’s a privilege to be here.

First, how has your experience in this tenure as an EXCO been different from the previous one?

I previouly served as the special duties officer, which mainly catered for the academic and social welfare of pre-clinical students. However, my current role as PRO has been a bit more demanding as it had reduced in its effectiveness over the years. I felt it could be more than what it had been and I could improve and add value to the UIMSA brand.

Very interesting, I can tell. How did your experience at the Young Africa Leadership Initiative (YALI) program help you in executing your duties in the current administration and what challenges did you confront?

Yes, I attended the YALI cohort 7 at Accra last year and I really learnt a lot though I had to stab school for 5 weeks (both laugh). I learnt the power of networking and that you could approach any individual so far you had something reasonable to offer or say. Coming down to UIMSA, it helped me connect with the Alumni who were impressed with our progress and easily solicit for funds. I also learnt how to use technology and social media through the training we received.

I must say, you have done exceptionally well. You seemed to have transformed UIMSA to a brand everyone wants to identify with; what do you think has been the secret of your success? “UIMSA to the world” has become quite a popular maxim.(laughs)

Well, I happen to be a member of an executive council where everyone is committed and I’m grateful for the leadership of Mr. Ojo Jacob (Sen. James) who allows us to realise our creative plans for the association. UIMSA has always in a way been to the world (both laugh) but I’m happy that the publicity team (which I head) has been able to further showcase our talents. I’m a spiritual person, so there’s always the God factor, a collective team effort and a willingness to serve. If there’s no passion to serve, you cannot achieve anything. 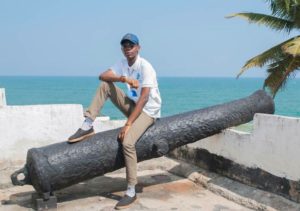 I think people can always identify passion when they see one; where does your passion to lead stem from, was it inborn or something you acquired here in school?

I think it’s more of the latter. I wasn’t always keen on student politics and the negative publicity didn’t help matters. However, after CA 1 and 2 results were released (both laughing) and my performance didn’t meet expectations, I felt I needed to diversify and put my energy in other things. I first began by joining committees {at least we’ll get to be going to UCH} (laughing) and seeing our dream home. Then there was this roommate of mine who had very effective plans and visions to lead his faculty and was impressed. I realised that student politics wasn’t that bad and that people still wanted to genuinely serve. I was like “why can’t the good people do something instead of leaving it to bad leaders?” and the rest is history.
That’s an interesting story with lots of lessons to learn. So quickly, best and worst moments as an executive if there’s any?
Well, they’re actually some good bests……. (both laughing).

Well you won the best executive for last tenure so there you go…..

Yeah, that’s one of my best though I wished there would have been a ceremony but its all good. Another one was when we met the deputy Governor of Oyo state. I realised we had access to influential people who could be helpful in future. As for my worst, it was the first time I presented a report on the senate floor while serving as SDO pre-clinicals; I was mistakenly given the wrong template to work with and after my presentation, I received a lot of backlash (both laughing).

As not all of us have the opportunity of going for YALI, how else could UIMSAITES hone their leadership skills?

I must say that leadership is not positional. It’s about being able to influence people to achieve a common goal and you don’t have to occupy any position to do that. I think people should first identify what skills they can use to solve problems to achieve a common good and why they’re aspiring for certain positions. You could join committes and attend capacity building programs as such skills are not taught in the classrooms and are what will take you far in life.

Hmm… some words of wisdom there! How did you feel when you were voted the best executive?

I felt it was a reward for a job well done, with more spotlight on me as I was vying for my current position. I felt really happy. I was notified at a dinner and I danced well that day (both laughs). But I don’t allow such things to get to my head and make me complacent 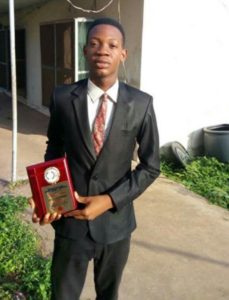 Considering the significant amount of time spent, how were you able to cope with YALI and your academics, coming out unscathed (both laugh)?

First, I knew the implications when making my applications. I got advised by some seniors on how to follow due process. I got congratulated by the sub-dean and it was eventually decided that I would dinmy remaining 5weeks of medicine during my elective posting. But I felt that it was worth it and I wasn’t going to let such an opportunity pass me by.
Nigeria must have good in the end I guess (both laugh).

Last question. Concerning the MEDSCION magazine, what are the challenges so far and what should UIMSAITES expect?

First with the challenges, we had to source for funds since it’s not sponsored by UIMSA. It was really demanding, but by God’s grace, we had some help from the Alumni. The UIMSA executives gave us a start up by sowing a seed (both laugh) so I have to appreciate them.
For expectations, we’re raising the standards this time, we’re giving our best and I hope subsequent executives keep up from where we stop. We plan to release the magazine at the same time as the health week in August. We’ve had commendable reviews on the cover. There are beautiful stories, articles, research, politics everything. It’s the complete package. We won’t fall hand.

Thank you very much…..we can only wait and see. Shout outs! 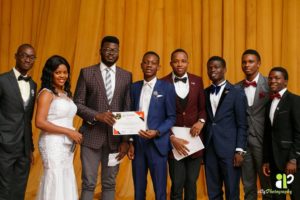 First, shout out to my God (both laugh), family and mentors from 2015 class (Sen. James, Chinedu, Tofunmi, Bash). Then my GG12 members, {was waiting for that with the Nigerian jersey fuss} (both laughing) Basit, Ayodele and Olorunda. Then my executive members too, they’ve made the journey worthwhile. Not forgetting past leaders like Bambam and Morhasson bello.
Thank you so much for your time.

That brings us to the end of this maiden edition. Join us again for our next episode of THE BIG TALK where we get up close to UIMSAITES making a difference. Send in your questions, suggestions and contributions to uimsaclinicalpress@gmail.com or contact +234 810 293 0730.