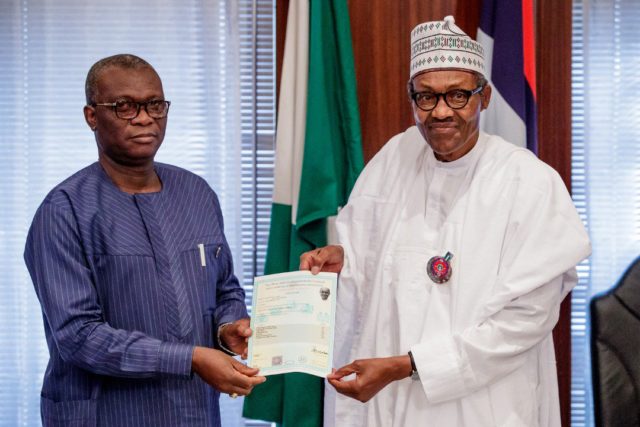 According to presidential spokesman Femi Adesina, the Council has also issued an attestation certificate.

“WAEC presents attestation certificate and confirmation of school cert result to President Buhari. What will the naysayers say next?,” Adesina said in a tweet.

The authenticity of Buhari having obtained the compulsory certificate from the Council has being a subject of debate and discussions in the national and political space.

Buhari in 2014 while campaigning to be Nigeria’s president, said his certificate was with the Nigerian Military.

But, since his election as president in 2015, the certificate saga became more intense as political opposition, especially the People’s Democratic Party (PDP) which accused the president of not being truthful about his certificate.

The PDP had said the president’s claim to be a man of integrity was false, noting that he was hiding the truth on the certificate issue.